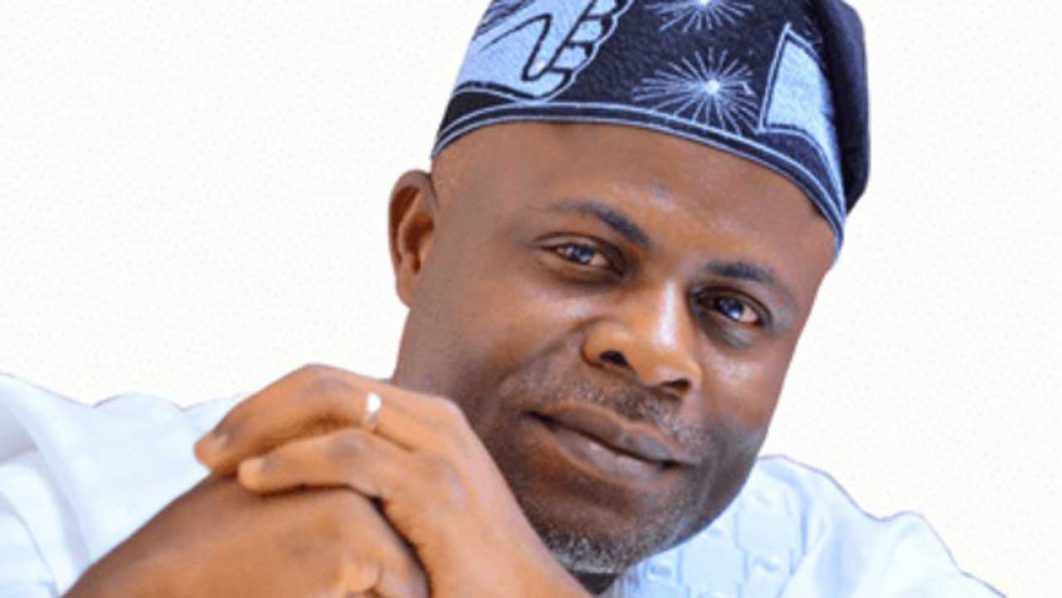 Mr Bamidele Faparusi, Ekiti Commissioner for Infrastructure and Public Utilities, has resigned his appointment to contest the state’s 2022 governorship election.

Faparusi conveyed his resignation to Gov. Kayode Fayemi in a letter dated Dec. 14 and was reportedly acknowledged on Dec. 17.

Copies of the letter were disseminated to newsmen in Ado-Ekiti on Sunday.

Faparusi had been a strong proponent of power shift to the Ekiti South Senatorial District.

The letter reads in part: “It is with great pleasure that I thank you for the vote of confidence reposed in me to represent Ayekire Local Council Development Area in the state’s Executive Council.

“It enabled me to serve as the political head of the Ministry of Infrastructure and Public Utilities, which is pivotal to the development agenda of this administration.

“Under your proactive leadership, I had the rare opportunity to consolidate on my cognate experience, broaden my perspective and build capacities in the service to the people.

“These are the bases of my decision to vie for the governorship seat following extensive consultations with the people and critical stakeholders.

“I wish to convey my decision to resign from the government to enable me to focus on the intense work required to make our party walk to victory at the poll.

“Your Excellency, I am most grateful to you and particularly take this opportunity to thank you for the assurances of your unalloyed support.

“I once again reaffirm my loyalty to you and my commitment to the progress of our great party and Ekiti State.

“Please, accept the assurances of my highest regards,’ Faparusi said in his letter resigning his position as a commissioner to enable him contest the Ekiti governorship.

Faparusi was elected member of the House of Representatives in 2011, where he represented Ekiti East/Gbonyin/Emure Federal Constituency for four years.

He has been at the vanguard in the agitation for the zoning of All Progressives Congress (APC) governorship ticket to the South Senatorial district.

Others in the same vanguard argue that this was required in the spirit of equity, justice and fair play since that part of the state had never produced a governor since its creation in 1996.

Faparusi is an engineer and former member of the House of Representatives.

He becomes the second top appointee of Gov. Fayemi to resign so as to contest the APC’s governorship primary election scheduled for Jan. 22, 2022.

Secretary to the State Government, Biodun Oyebanji, left the cabinet two weeks ago following a directive by Gov. Fayemi that cabinet members eyeing the governorship seat should resign on or before Dec. 18.

The number of politicians that have so far shown interest in the governorship position across board has risen to about 30.