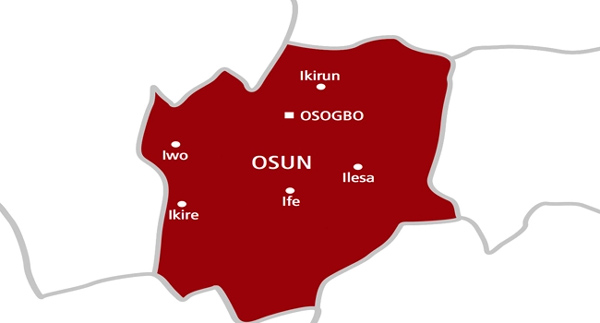 The Year 2022 is here and Nigerians have a reason to praise the Lord for bringing us this far. While thanking God for His mercy, let’s go straight to say that the New Year is pregnant with all kinds of possibilities. One of them is that there will be a change for the better!

Barring unforeseen circumstances, it is also the year of the proposed full deregulation of the oil and power sectors. It may sound strange, but, matter-of-factly speaking, 2022 is a year loaded with the acrimonious broth of primitive politics, disguised interventions, vain repetitions and inconsiderateness to the plight of the masses.

Take or leave it, Nigeria is frighteningly more divisive than she ever was. The frenzy situation in the country is alarming, more so as it affects the basic psyche of every Nigerian. Right now, dear country is divided along fault lines, with happenings of the day being hardly suggestive of the fact that Nigerians can again unite around anything.

There’s an exponential growth in public distrust as the few who, hitherto, had believed in the country, are beginning to doubt if there’s a project called Nigeria again. Besides, since most Nigerians do not have other country to claim as theirs, it’s doubtful if there is a Nigerian who is currently not asking for a return to where the country was before it got to this messy pass. As if to complicate matters, “heartless successive governments” have been living in denial; and, when confronted with reality, public servants do resort to obtuse reasoning in official explanations!

Looking into the year therefore, government will have to appeal to the nerves of a vast majority of Nigerians. In fairness to posterity, expectations of Nigerians are not there yet! So, governments across board need to redouble their efforts in ameliorating the sufferings of the neglected majority.

To have confidence in government, it must be seen to be trustworthy and responsible. A government that asks for the people’s loyalty must be ready to reciprocate the gesture. On that, Nigerians are hoping to have buoyancy and an assured hope of survival in the New Year.

Back home in Osun, 2022 is an Election Year! It is the year the incumbent governor will be seeking a re-election for a 2nd term of four years while other interested contestants will also be testing their luck. The reality on ground is that, save for the political gladiators, the people’s minds have turned away from electioneering issues.

Having cried to the point of losing their strength; and, having lost confidence in the system due to obvious reasons, what most of them are looking for is whosoever will meet their daily needs. In plain English, circumstances around their existence have created severe cracks on the structures of survival and duties to one’s country.

Yes, one of the unwritten functions of a democratic government is its being an avenue for certain proportion of the population of the people to eat. The danger here is that the election is coming but the people are hungry. The more reason government must always endeavour to gauge the barometer of the feelings of the ordinary man on the street.

To bridge the gap, government has been embarking on some Social Intervention Programmes like the Food Support Scheme. Roads are being constructed and reconstructed to allow for farm produce to get to the end users at affordable rates while the Health sector is getting all the attention it needs to drive away sicknesses and diseases from our midst. Education is not lagging behind (as can be seen in the ongoing recruitment of 2,500 suitably qualified teachers into the State’s Teaching Service) even as Mining, Agriculture and other sectors are not missing the bus of Governor Oyetola’s Midas touch.

As the Chief Executive of the State, and leader of the ruling All Progressives Congress (APC) in Osun, Nigerians are counting on the governor for the resolution of all issues within the party, however multifarious, so that it can concentrate on the price of the forthcoming governorship election. Should the spill-over effects of the internal wrangling be allowed to fester beyond their present state, they are most likely to torment the destiny of APC in 2023.

As a country under God, the strong belief is that He can bring Nigeria back from the precipice of perdition. Therefore, we beseech Thee, Jehovah Ezer, “destroy the wisdom of the wise” and “frustrate the intelligence of the intelligent” and circumstantial acquaintances who prosper by their gimmicks. This year, let our passion for You be inflammatory and, the bond with You, electrifying. Teach us to recognize the devil’s gifts and lead us to return his gifts to him. Grant us the wisdom to “agree with one another in what” we “say and that there be no divisions among” us “but that” we “be perfectly united in mind and thought.”

With regard to Osun State, there’s always this thinking that many people are most likely to use the forthcoming governorship election as a bargaining chip! For this and other reasons, guide our governor to discern between the demands that will tend towards the majority and those that are merely fashioned along parochial cleavages. Grant him the power to concentrate on projects and services that will attract the most benefits for the most of the people. Elohim shomri, heal our State and it shall be healed!

Since nobody changes a winning team, let there be “no more vain vision, nor flattering divination within the House of” the Progressives. Let Your Angels accompany us on our way to July 16, 2022 and grant us the desire of our hearts.

In a land where “folly is set in great dignity, and the rich sit in a low place”, … servants upon horses, and princes walking like servants upon the earth”, God of our fathers, send Your fire into the midst of principalities and powers assigned to make a mockery of our destiny! By Your stripes, wipe our tears and restore every struggling, castrated or decapitated glory. Bestow the power of grace and supremacy on us and help us grow to our heritage.

Advance development and economic growth among us, and grant us the single breakthrough that will put an end to poverty, permanently, in our lives. Let the barren become fruitful; the poor, rich; and, the sick, whole. Let the one who is bound become free; change failure to success, and sorrow to joy. Let the lost be found and cause the blind to see! Cause life to play terrible tricks on the looters of our commonwealth, and surprise us with rest so that we will not be nailed to rest soon.

May the Lamb of God, who takes away the sin of the world, grant us peace in our land!

2023: The Anyim Presidency And Prospects For Nigeria’s Healing