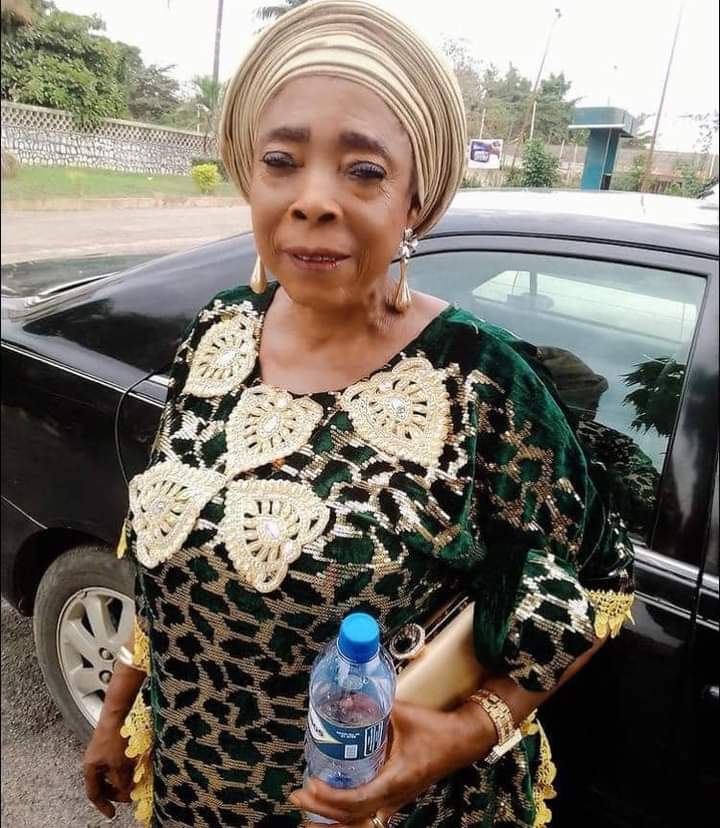 Famous Yoruba actress, Kudirat Odukanwi popularly known as Iyabo Oko reported to have died on Wednesday has returned to life, the family reported early on Thursday.

The news of the death of the popular actress had thrown the Nollywood industry into mourning on Wednesday after it was shared on Instagram by Foluke Daramola.

In a post now pulled down, Foluke Daramola Salako took to her Instagram page (@foludaramolasalako) to express her pains, adding that God knows the reason she had to die now.

However, Foluke Daramola was glad to give an update with a video of Iyabo Oko’s daughter, Olamide explaining how her mother came back to life.

It will be the second time that the famed actress would be returning to life after news of her death had caught wildfire.

GreenWhiteGreen GWG reports that Iyabo Oko who has been bedridden for about five years was in 2021 reported to have died but she came out to dispel the news.

The daughter had revealed that the actress died on Wednesday that her 61-year-old mother and actress revealed that her mother was diagnosed with ischaemic stroke about five years ago but chose to keep her health issues away from the public.

However, early on Thursday, the daughter, Olamide came to Instagram to announce that her mother had come back to life.

The video was posted by Foluke Daramola.

She said:
Iyabo Oko is still alive, my mummy is still alive. I was the one that posted it yesterday when my senior brother called me that she was confirmed dead and later after three hours she came back to life. So we thank God for that. You can see my eyes I have been crying since yesterday.

Related Topics:headlinesIyabo Oko
Up Next