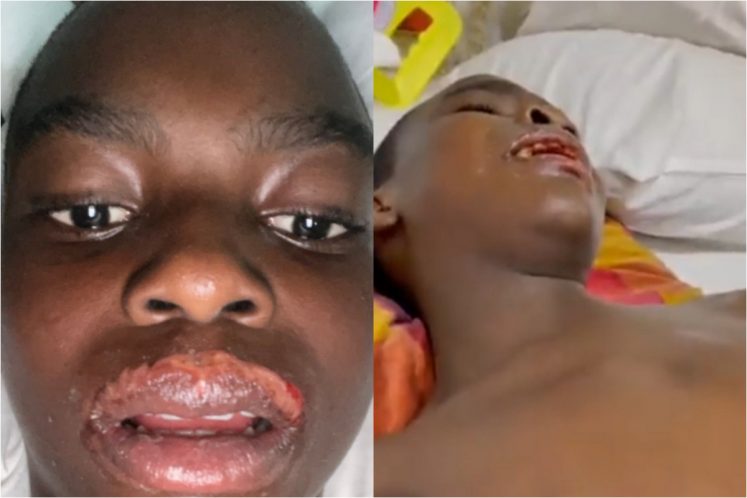 A group known as Justice League, (JL) has faulted the recent position of the Lagos State Government on late Sylvester Oromoni Jnr who was reportedly tortured to the point of death by cultists in Dowen College, Lagos and called on President President Muhammadu Buhari to step into the matter.

Besides, the body has also called on the Lagos State Governor Babajide Sanwo-Olu, AGF Abubakar Malami and the Lagos State Attorney-General and Commissioner for Justice, Moyosore Onigbanjo, SAN, to urgently review the Department of Public Prosecution’s, (DPP) advice exonerating the accused students and staff members of Dowen International School in the premeditated murder of a promising Nigerian of Delta State descent who died on the 30th of November, 2021.

Besides the call on Buhari to intervene, the group also called on Nigerians, civil rights campaigners and the clergy to rise up to the challenge and save the beleaguered family of Sylvester Oromoni from the truama created by the demise of their ward. “This is one murder too many which must not be allowed to be swept under the carpet in Nigeria” President Muhammadu Buhari must act swiftly to save the reputation of the Judiciary from being compromised by corrupt elements who are bent on subverting the course of justice”.

The death of Sylvester Oromoni Jnr is a test case and a wake up call to the Delta State Government and eminent Deltans and Nigerians who must prove their mettle in support for justice for the late Sylvester Oromoni Jnr and the family in particular instead of sitting idle the statement added.

While noting why Buhari should step in to get justice for Sylvester Oromoni, the group stressed; that “today, it may be the Oromonis but who maybe next? the fight for justice is to serve the overall good of all parents and not just for Sylvester. If we sit on the fence and not act today, we may all become victims of a compromised and corrupt system someday”.

The Lagos state government in the legal advice released by its DPP said the five students and five school officials should be released from police custody as the autopsy carried out on the remains of late Oromoni ruled out murder.

The legal advice also stated that the toxicology carried out on his body found no harmful substance in his body.

The calls were made in a statement signed by the group’s Executive Director, Dr. Lekan Olugbemiro, in Ibadan, Oyo State and made available to newsmen.

The group decried the level of man’s inhumanity when it comes to the the sanctity of human life which has been exhibited in the case of Sylvester Oromoni Jnr and vowed to fight for justice for the deceased until the perpetrators are brought to book.

Justice League accused powerful forces of twisting the narratives and paying publicists to send a tainted story to the unsuspecting public to divert attention from the heinous crime of induced murder carried out by those who are now beneficiaries of the corrupt document in circulation in form of the DPP advice.

The statement reads; “What happened to the confessional statements of the accused students who allegedly were members of a secret cult?” Why were the students and staff members accused to be complicit in the murder hurriedly released earlier than the court order remanding them to enable police conclude their investigation?

The call on President Buhari to step into the alleged torture to death of Sylvester Oromoni Jnr at Dowen College is bound to resonate among the section of the populace who feel justice may have been miscarried.

Corroborating Justice League, Mr Sylvester Oromoni Snr had accused the Lagos state government and Nigerian Police of colluding to cover up the events surrounding the death of his son.

Reacting to the Lagos State Government’s decision to drop the charges against the five suspects arrested and clear Dowen College of wrongdoing, Mr Oromoni in a statement said the autopsy report and legal advice were different from the oral statement from his son before he died and his schoolmates who said he was tortured and given an unknown substance suspected to be poison which led to his death.

Dowen College: Father Vows Not To Bury Sylvester Oromoni Until …

Police Officer Nabbed For Selling Guns To Cultists In Kwara