The Year 2022: A Peep Into The Political Crystal Ball 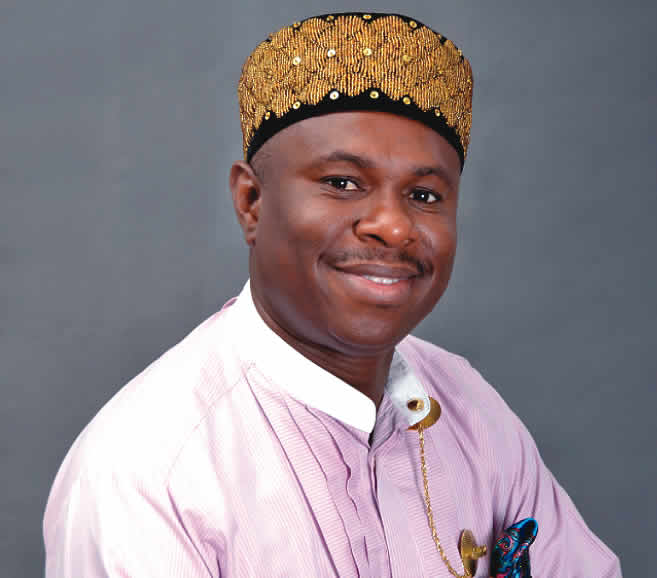 Some of the key highlights of 2021 were the interests displayed towards the amendment of the Electoral Act, the emergence of the PDP novel National Executive, and the success of the Anambra governorship election that produced Prof Chukwuma Soludo as the governor-elect with high drama and national attention, to name but a few.

These were only a dress rehearsal of what was coming. 2022 is here, and all pointers are that this year will define the choices before Nigerians in 2023. This is the year that will determine the outcome of 2023. This column will explore the critical issues in 2022 that will shape the political and economic landscape and define the trajectory of Nigeria in the short to medium term.

The issues include the outcome of the Electoral Act amendment, the National Convention of APC, Ekiti/Osun governorship elections, National convention/Primaries of the two major political parties that will produce the flag bearers for 2023 elections, and the commencement of the presidential campaign.

The Electoral Act amendment bill, which is expected to provide the legal framework for conduct of elections, is one of the intricate stitches to make the electoral system rig-proof, violence-free and protected against excessive monetization.

Unfortunately, it has become as controversial as the loopholes and deficiencies it seeks to address. The fate of the bill and its outcome is a matter of conjecture, but there is no doubt it will define the nature and confidence of the people in the 2023 general election. President Buhari rejected the bill that espoused direct primaries and electronic transmission of results. The ball is in the court of the national assembly to overturn the

President’s veto and promulgate the law. This looks unlikely as this national assembly seems not to have the temerity to push through this law. It is evident the clause requiring parties to mandatorily chose their candidates by direct primaries will be expunged. This is what President  Buhari has said he wants to see before he signs. From what has transpired, the provision for electronic transmission of results will be one of the new features of the Electoral Act whenever the President assents to the bill. This will be a confidence booster and a source of optimism.

The long-anticipated elective Convention of the ruling party is significant, not just for the party’s future but for democracy in Nigeria. The Convention has been shifted endlessly, giving room for speculations. There is the fear that the Convention will spotlight the deep internal divisions, entrenched powerplay, and contradictions in the party and set a significant crack. Another school of thought believe in the words of President George Washington that a “tiny clique of cunning, ambitious, and unprincipled men may have sized the party and subverted the will of the people”.

Whatever it is, there is an enormous responsibility on the shoulders of Mr President as the leader of the party. Not holding a convention to elect officers has both intended and unintended consequences that will not serve the party’s interest. APC’s error of judgement will be PDP’s gain. The President admitted this much in his media interview. The Progressive Governors, elected on the party’s platform, stand on the threshold of history as they have one more chance to rescue the party from the fatal error of poor judgment.

Concerning the Presidency, the incumbent will not be running in the primaries or general elections, which will heighten the intrigues and horse-trading. Ethnicity, geopolitics, money, religion will all be in the cocktail that will determine the outcome of the primaries. Restraint may be thrown to the winds in the ruling party as the gladiators do not want to lose out. The opposition PDP will be the bastion of high wire horse-trading with the Governors playing an influential role, in the absence of a centre of ‘gravity’.

The elaborate shadow boxing within and between the All-Progressive Congress (APC) and the People’s Democratic Party (PDP) will manifest. Each of the two political parties have enough ingredients for self destruction or survival and triumph. In the PDP, the issue of who emerges as the party’s presidential candidate will be highly contentious and may lead to the the implosion of the party. A PDP Governor recently posited, “The process of the emergence of our party’s (PDP) presidential flag bearer is going to cause a problem. But we will overcome it eventually and move ahead to defeat the APC whose process will lead to the breakdown of the party.”

In the case of the PDP, it is a party riddled with irreconcilable contradictions within it. There may be a significant revolt of the South- East and South-South strongholds if party gives its ticket to someone from the North. On the other hand, how APC manages the emergence of and geopolitics of its presidential candidate may be its albatross. However, if, as expected, the party decides to turn to the southern part of the country for its presidential flag-bearer, then for all practical purposes, who from the South gets it becomes an issue. The competition will be among gladiators who have one justification or another to claim the ticket. All three geopolitical zones in the south have what seems to them to be justifiable reasons to be allowed to fly the party flag. These competing well-entrenched views will pose a conundrum for APC to deal with before a presidential candidate emerges.

The 2023 election campaigns that will commence in 2022 will allow politicians to address the issues that matter to the electorate. Although campaigns are not usually about issues but personalities, yet voters will relate with issues of economy and insecurity, the same problems that defined the 2015 and 2019 presidential campaigns. It will not be out of place to predict that the political class has learnt little or no lessons. The 2022/2023 campaigns will pit the two major political parties about change. The critical issue is the definition of change, which depends on where one stands.

By the last quarter of this year, the campaign of the parties will be about three issues, none of which is mutually exclusive: performance of Buhari presidency, economy, and security. Money or “stomach infrastructure” will become the defining factor during the campaign, and each party will want to outdo and outspend the other to

win over the electorate. There is a need for politicians not to heat up the polity during their campaigns. Already, Nigerians are victims of unabating insecurity and any additional violence and insecurity resulting from the campaign may get people to the tipping point.

I expect that APC and PDP will continue to dominate the political space, and the influence of new parties will be minimal at best. The third force of pro-democracy activists, some neophyte political gladiators and some End SARS revolution strategists has emerged. But they have a mountain to climb because they are to compete

with the two big parties with experience, money, and a determination to grab and or keep power at all costs. The strength of this third force may be its newness; paradoxically, it is its weakness as well. It appears too late in the day to put up an organizational structure that can wrestle power from these tested political war horses. Historically, the youth, who constitute the major voting demographics have never voted for themselves nor those who may cater to their interests. Often, they abandon reason and behold to godfathers propelled by the power of stomach infrastructure, a lexicon peculiar to Nigerian brand of politics.

Nigeria politics is a minefield of complex highhandedness and political dribbling. But in the next few months, things will become more apparent than they are now. Nigeria is in the throes of an economic quagmire, intractable insecurity from terrorism, separatism and banditry, and the ravaging impacts of COVID 19. These asymmetrical issues speak to our current socio-economic realities that put us at the precipice of dysfunctionality and a rude walk to perdition. How we handle these five critical issues raised in this column will make or mar our political experience.

We are already in a combustible political, social, and economic situation requiring careful navigation of issues to avoid trampling on frayed political nerves and triggering explosives on our national fault lines. By the last quarter of this year, governments in Abuja and various state capitals will stop functioning and shift their focus

to politics and survival of political actors and power wielders. Although I do not have a crystal ball, a cursory look into my symbolical crystals for 2022 shows that we will navigate through it safely, although it may be a tough year. All these notwithstanding, permit me to wish my readers a happy new year and the best of 2022.