Carabao Cup: Chelsea Ride Into Final After 3-0 Win Of Tottenham 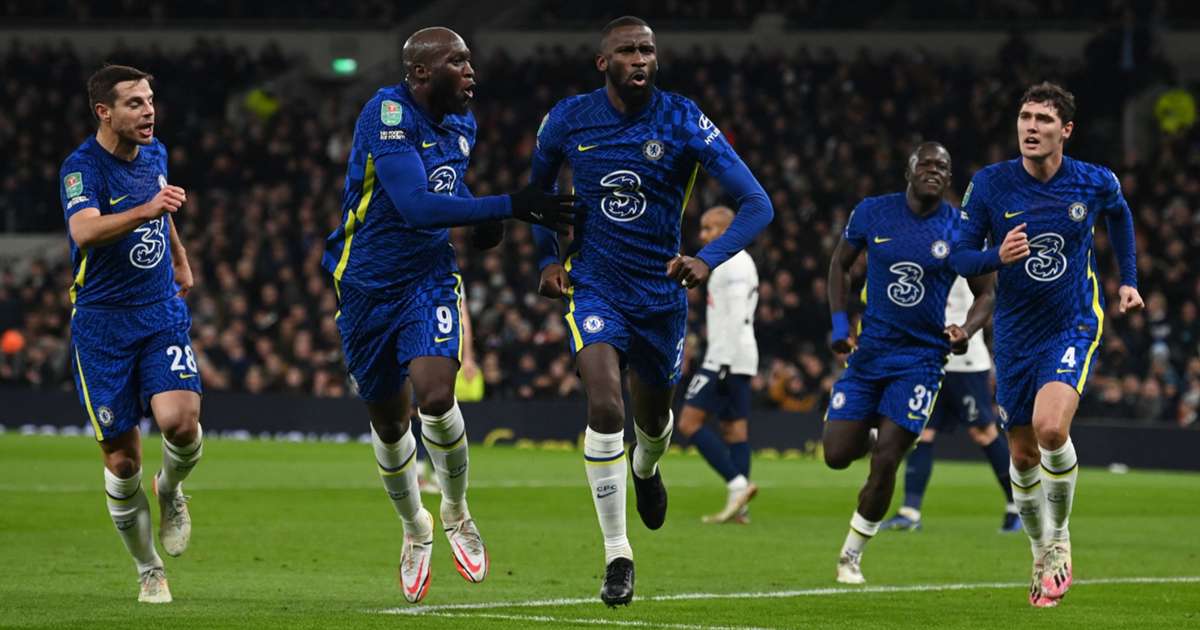 Antonio Rudiger scored the only goal of the game as Chelsea beat London rivals Tottenham 1-0 to seal their place in the Carabao Cup final.

Thomas Tuchel’s side had put themselves well on their way to Wembley by winning the first leg of the semi-final 2-0 and they finished off the job at Tottenham Hotspur Stadium on Wednesday.

Rudiger’s first-half header gave them a three-goal cushion and there was no way back for Spurs, who endured another frustrating evening as referee Andre Marriner overturned two penalty decisions he wrongly awarded to Antonio Conte’s side, while VAR also ruled out what would have been Harry Kane’s 250th goal in club football.

Chelsea will go in search of a second trophy under Tuchel when they face either Arsenal or Liverpool in the final on February 27.

Romelu Lukaku came close to increasing the European champions’ advantage when he shrugged off Ben Davies, but Pierluigi Gollini spread himself to keep out the striker’s left-foot drive.

Gollini was at fault for the opening goal 17 minutes in, though, failing to deal with a Mason Mount corner and the powerful Rudiger rose highest to head home his second goal at Tottenham this season.

Spurs hopes of pulling one back were dashed when the VAR told Marriner to change his decision after he had awarded a penalty for a foul on Pierre-Emile Hojbjerg, but Rudiger had made contact outside the box.

Marriner got it wrong again when he pointed to the spot early in the second half, the official discovering on the pitchside monitor that Kepa Arrizabalaga had made contact with the ball when he came out to deny Lucas Moura.

There was yet more frustration for Tottenham when Kane lashed home, but the England captain had strayed offside.

Play was paused late on due to a medical emergency in the crowd but, upon its resumption, Chelsea cruised through added time untroubled to take their place in the final.

How Super Eagles Are Preparing For Sudan – Awoniyi