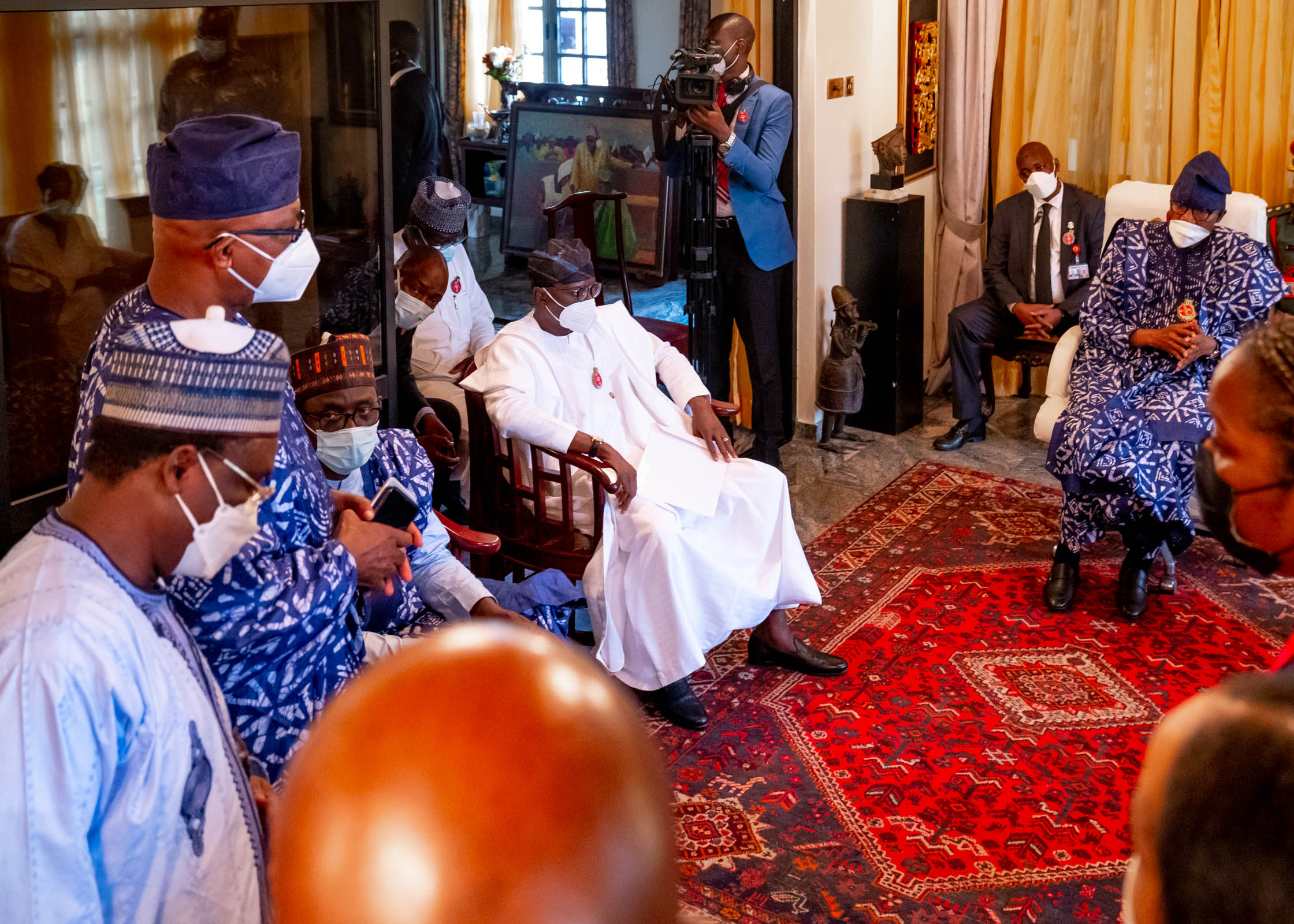 President Muhammadu Buhari on his way back to Abuja after his visit to Ogun State on Thursday detoured to the Lagos residence of the Head of the Interim National Government during the annulled June 12, 1993 presidential election, the late Chief Ernest Shonekan, to commiserate with the deceased family.

President Buhari and his entourage, who arrived at Shonekan’s house around 4:40pm were received by members of the late Shonekan family.

Buhari, who was on a one-day presidential visit to Ogun State to commission some projects by Governor Dapo Abiodun administration, stopped in Lagos on his way to Abuja and spent some time to commiserate with the late Shonekan’s family.

He sympathised with the family over the demise of the former Head of the Interim National Government, who died in Lagos on Tuesday at the age of 85.

Shonekan was at the helm of affairs in Nigeria between August 26 and November 17, 1993 after General Babangida stepped aside as military president.

Governor Sanwo-Olu, who accompanied Buhari on the visit had in a condolence message issued on Wednesday by his Chief Press Secretary, Mr. Gboyega Akosile, described the late Shonekan, as a renowned technocrat, seasoned administrator and passionate leader who served his country meritoriously as a public servant during his short tenure as Number One Citizen in Nigeria.

He said the late elder statesman did his best for the country in contributing to the growth and development of Nigeria.

The Governor also praised Shonekan’s contribution to the economy of Nigeria as boardroom guru and employer of labour, especially during his tenure as the Chairman and Managing Director of the United Africa Company.