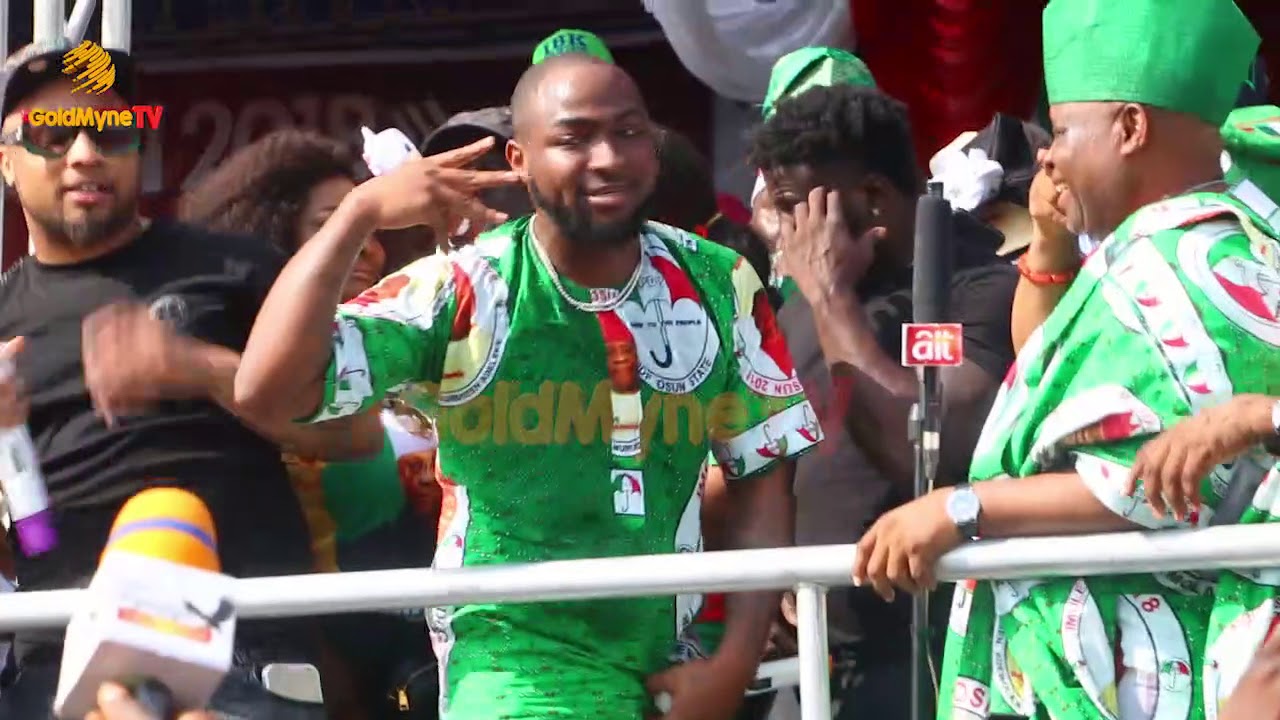 The Peoples Democratic Party (PDP) on Wednesday screened six aspirants for the July 16 governorship election in Osun State including two uncles of the music star, David Adeleke, popularly known as Davido. The music star is beleived to have chosen as his preference Senator Ademola Adeleke popularly known as the dancing senator ahead of another uncle, Dele Adeleke.

The screening committee was headed by a former Attorney-General of the Federation and Minister of Justice, Mohammed Adoke.

Adoke said the committee would submit its report in 48 hours.

Following the screening exercise, Ogunbiyi, Oluseye and Akinbade expressed confidence in the ability of the screening committee to do justice.

GreenWhiteGreen GWG reports that the governorship interests of the two Adelekes has thrown confusion into the political landscape in Osun State with political stakeholders expressing amazement at the division in the family.

Billionaire businessman, Adedeji Adeleke who is Davido’s father is a brother to Ademola Adeleke and also a step brother to Dele Adeleke. All siblings are off springs of Second Republic lawmaker, Senator Raji Ayoola Adeleke who was a member of the Unity Party of Nigeria, UPN.

Dele Adeleke in a televisin interview monitored by  GreenWhiteGreen GWG confessed that Davido is not supporting him but his direct uncle, Sennator Ademola Adeleke who is popularly known as the dancing senator.

It is not known if the decision of Davido to back Senator Ademola Adeleke is believed to be on account of the dancing skills of the uncle given their common love for dancing.

Umahi Lacks Temperament To Be President, Worse Than Abacha – HURIWA