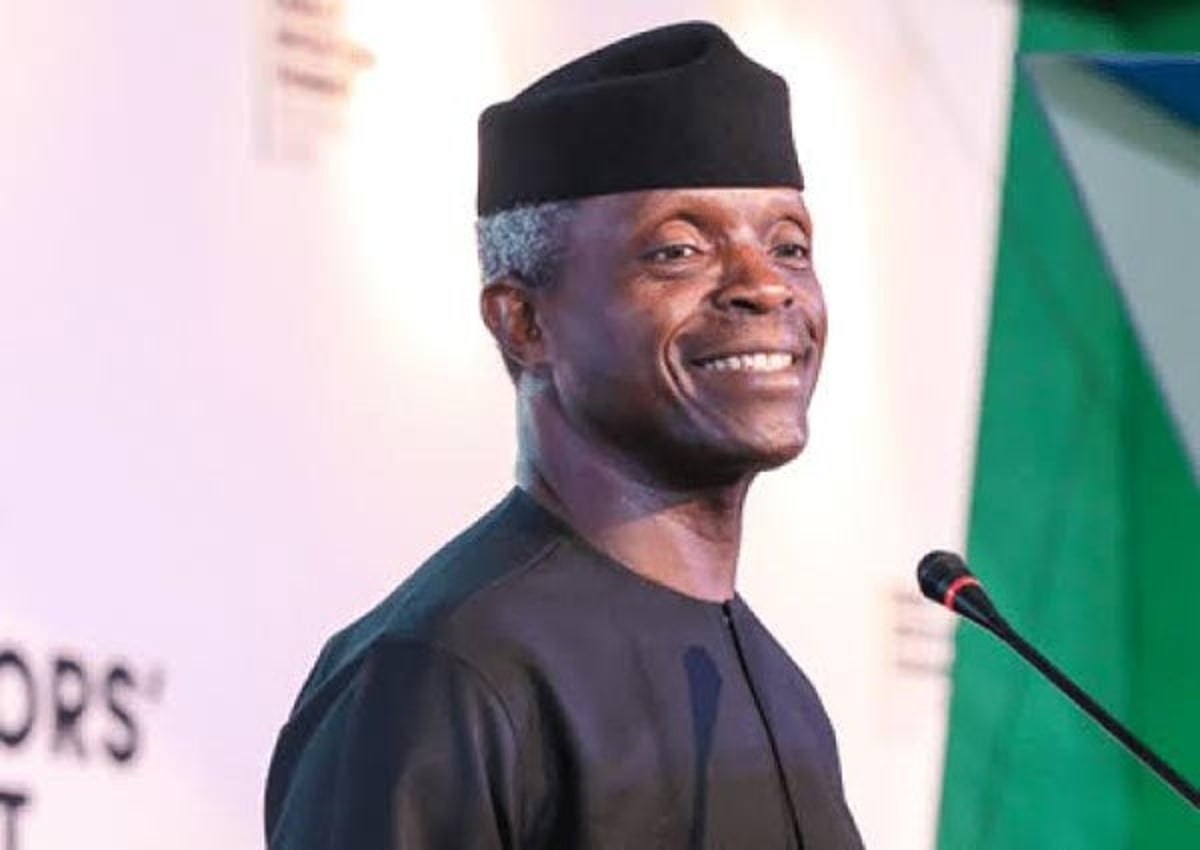 The Progressive Project (TPP) a political support group, has promised to mobilise support for Vice President Yemi Osinbajo to become Nigeria’s president in 2023, because of his credentials and antecidents.

Mr Jeffry Omoh, Head of TPP’s Situation Room said this in a statement on Thursday in Abuja.

Omoh said that the group would also work to de-emphasise money politics in the country.

He said that he had earlier addressed representatives of the support group from the country’s six geo-political zones where he emphasised the need to mobilise support for an Osinbajo presidency come 2023.

He urged them to get aquinted with their environment and to improve their interactions with people, especially those at the grassroots.

He also urged them to return with suggestions and ideas that TPP and its constituent teams could work with.

He said the loyalty demonstrated to President Muhammadu Buhari, disciplined focus and other good qualities of Osinbajo attracted members from various parts of the federation to work together to pursue a common cause of ensuring that he became the country’s next president.

Mr Ibrahim Mohammed, a member of the support group said that the 2023 elections was not about zoning, but about the prospects of unity, sustainable progress and development of the country.

“Our efforts here and the motivation for supporting Osinbajo is not about whether political power goes North or South.

“It is about consolidating on what has been achieved in the past towards throttling into a better future for all under a trust worthy and very capable leadership that would not need to offer bribes to party delegates before its emergence.

“Among recommendations proffered by representatives of various pro-Osinbajo support groups were implementation of mobilisation efforts across various wards in 774 Local Government Areas (LGAs) of the country.

“Focus on reaching prospective delegates to All Progressives Congress (APC) National Convention and creation of state coordination teams across the federation,” he said.

With Kalu Abia North Has No Voice In Senate – Constituents