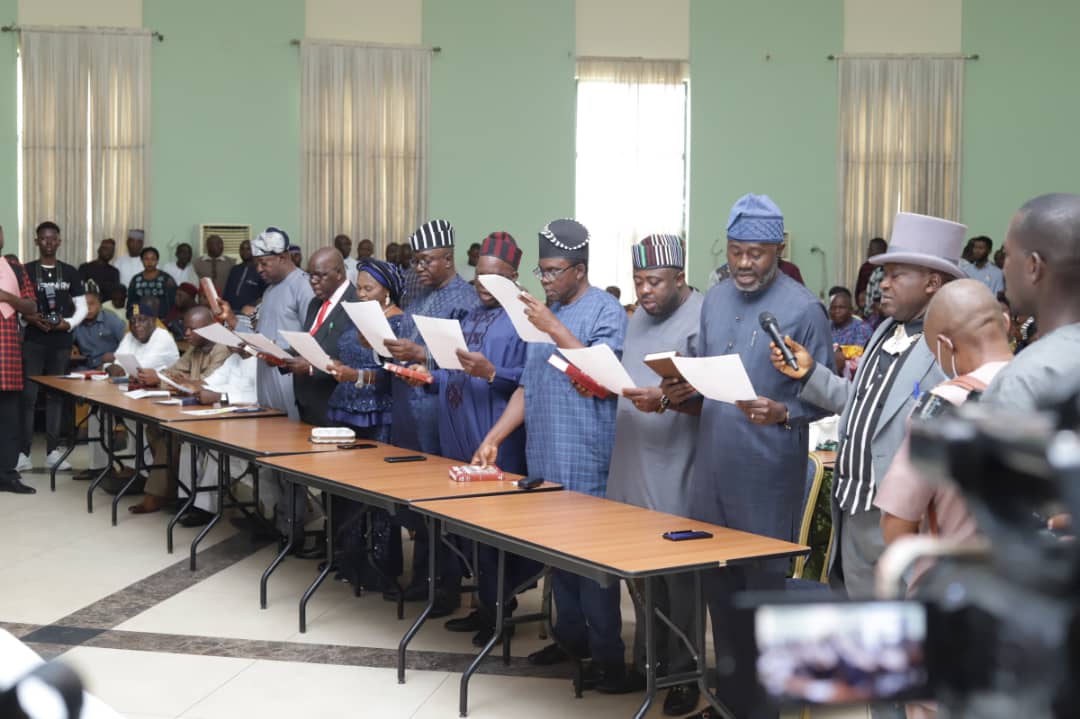 Governor Samuel Ortom has charged the newly sworn-in commissioners and Special Advisers to sustain the positive leadership qualities that qualified them for appointment.

The Governor gave this charge Thursday, December 13, 2022, after  performing the swearing-in ceremony of thenew members of the State Executive Council at the New Banquet Hall of the Benue Peoples House Makurdi.

The swearing-in according to the Governor, brings the number of Commissioners to 16 and 30 Special Advisers to oversee various Ministries, Departments and Agencies of government.

The Governor explained that the appointees assumed duties at a time challenges were enormous and expectations high, stressing that they should bring their experiences to bear on their new assignments.

He said their loyalty must be total to his administration and urged them to be diligent as they approach the finish line in order to achieve set goals, pointing out that anyone found slacking in his or her duties will be shown the way out.

Governor Ortom urged the new appointees to acquaint themselves with the policy thrust of his administration – “our collective vision for a new Benue.”

The five main pillars of the administration include good governance and revenue security, agriculture-driven industrialization, STEAM-based education and health services, investment in critical infrastructure and promotion of gender, empowerment of women, youths, sports and persons with disabilities.

The Governor while congratulating the appointees, appealed to members of the State Executive Council, Special Advisers and other government officials to give them the cooperation they deserve to perform maximally.

Responding on behalf of Commissioners and Special Advisers, Dr Kester Kyenge and Hon Richard Ujege respectively thanked the Governor for the opportunity to serve the state and pledged not to disappoint the confidence reposed in them.