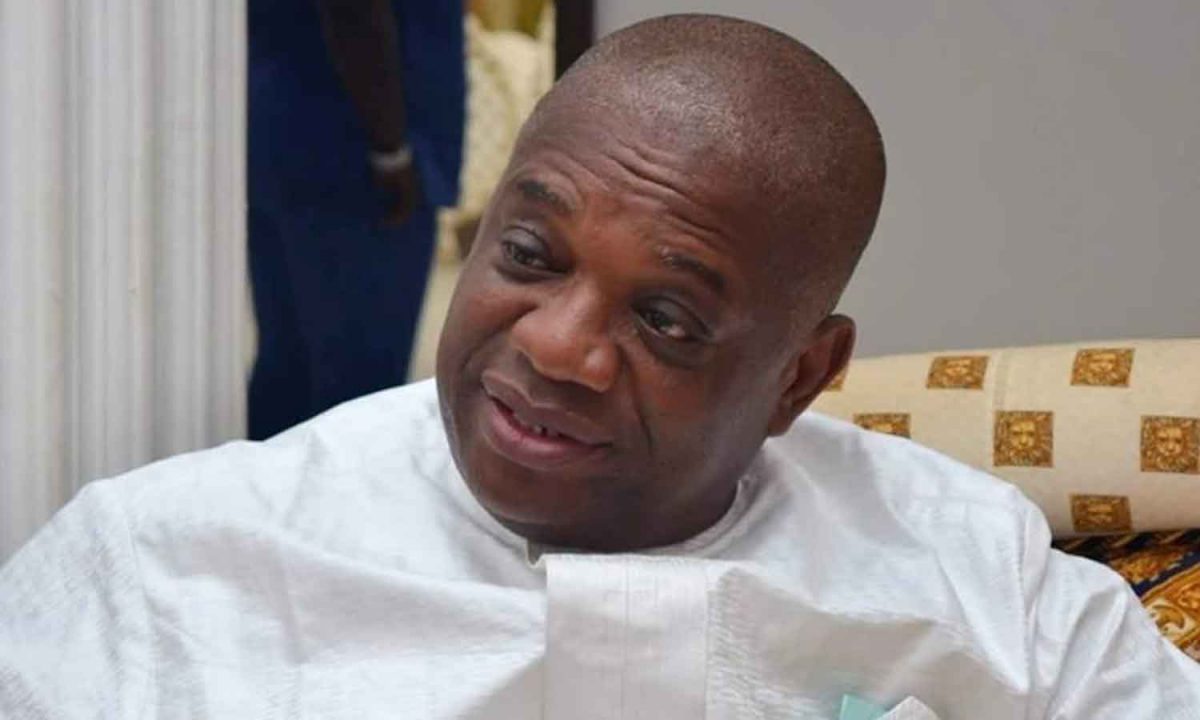 Some stakeholders in Abia North Senatorial District, in conjunction with “Follow Better Organisation”, have called on Senator Mao Ohuabunwa to declare interest to run for the Senate in 2023 saying that with the incumbent, Senator Orji Uzor Kalu they have no voice in the Senate.

They made the call at a news conference in Umuahia on Thursday, saying that the area had lost its voice in the Senate with the exit of Ohuabunwa in 2019.

The News Agency of Nigeria (NAN) reports that Ohuabunwa’s second term bid suffered a setback when he lost at the poll to former Gov. Orji Kalu.

But the Spokesman for the group and former Secretary to the State Government, Dr Eme Okoro, said “the zone is now politically dumb at the Senate.”

“We have closely watched political developments in the area, particularly since 2019 and are pained at the sorry state of things in the zone.

“We feel very ashamed at the poor representation of Abia North at the ninth Senate.

“Abia North, which before now was represented by vocal senators that commanded the respect of their colleagues, has almost become voiceless at the red chambers.

“The zone is rarely heard in the current Senate and, when it is, it comes as a comic relief,” the group said.

It further expressed concern that Kalu could not concentrate to provide effective representation to Abia North, in terms of sponsorhip of bills.

“This is unacceptable and a big insult on the collective sensibility of the zone,” it said.

The group, therefore, urged Ohuabunwa to declare his intention to run for the Senate in 2023, saying that the area “will give him the support and defend their votes.

“We need him back to the Senate to recover the lost grounds.

“His brief stay at the Senate brought a lot of respect and federal attention to the zone.

“He had over 10 bills and motions to his credit in the less than three years of his stay in the Senate,” the group further said.

It said that the impact of Ohuabunwa’s short stay was felt in all the five local government areas (LGAs) in the senatorial district.

According to the stakeholders, Ohuabunwa attracted primary healthcare centre to every community and facilitated the rehabilitation and segmentation of the Umuahia-Ohafia Road and Ohafia-Arochukwu Road, respectively.

They expressed dismay that both projects had been abandoned since the lawmaker lost the Abia North Senate seat to Kalu.

The briefing was attended by the Director-General of the organisation, Dr Ndubuisi Eke, and a former Chairman, Ohafia LGA, Mrs. Nnenna Obewu-Onwuka.

The News Agency of Nigeria reports that Sen. Kalu of the ruling APC on Wednesday presented himself as one with experience and pedigree to become the party’s presidential candidate in 2023.

How We Will Make Osinbajo President – Supporters