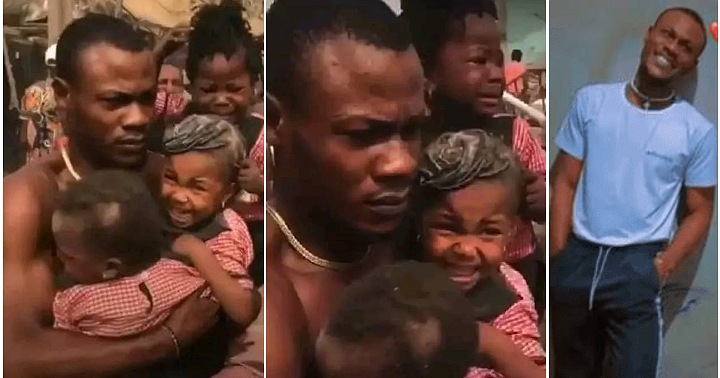 Social media users have been celebrating a Nigerian man, identified as Emmy Toms who risked his life and rescued school children following the explosion that rocked the Sabon Gari area of Kano on Tuesday.

Recall that an explosion hit a primary school along Aba Road in the Sabon Gari area of the state early on Tuesday morning. Casualties recorded were allegedly nine with several injured.

The police in an update claimed that the accident was a result of a gas explosion reportedly from a welders shop very close to the primary school. Residents, however, demurred as they alleged that it was the action of a suicide bomber who they claimed failed to get entrance into the school. 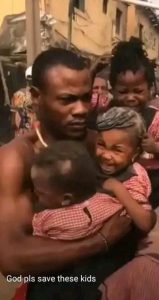 However, in a viral video that surfaced online, Emmy Toms, an indigene of Imo State was spotted in a video maneuvering his way through the building to rescue school children.

Nigerians have taken to social media to appreciate Emmy for risking his life to save the kids while others were more concerned with taking photos. 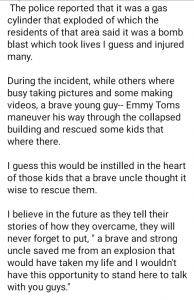 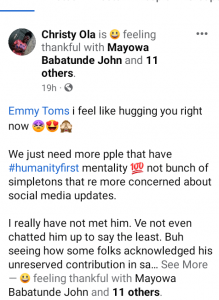 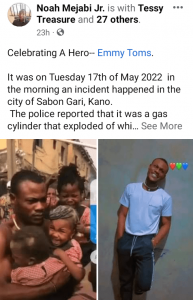 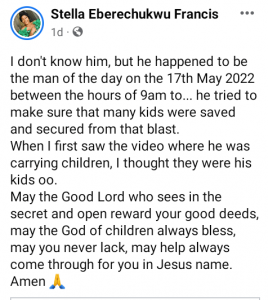 Meanwhile, as Nigerians hailed the man who rescued the school children, the authorities in Kano have pledged to set up a probe to unearth the cause of the explosion.