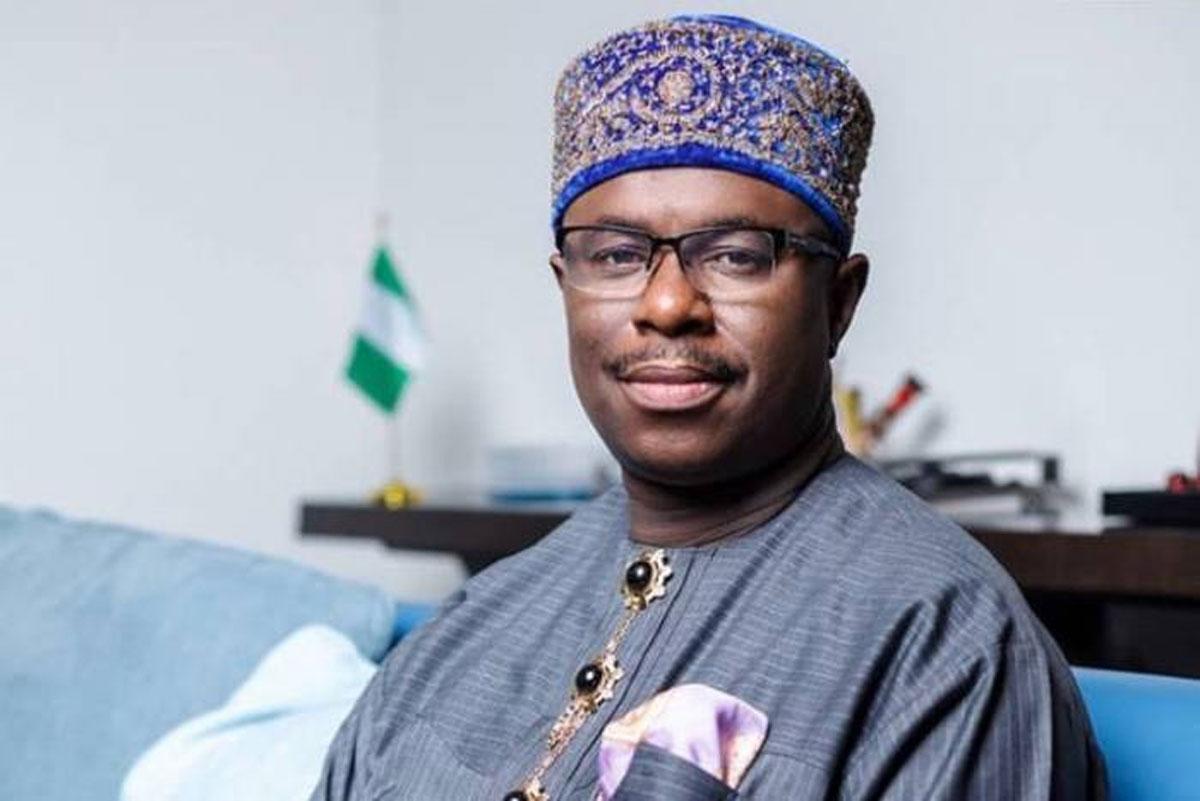 Dr Dakuku Peterside in this piece reviews the permutations in a presidential democracy as that of Nigeria that pervade in the choice of a presidential running mate who eventually ends up as Vice President after a victory in the election.

In the race to brace the tape of the presidency in 2023, the most consequential decision as to who would fly the flag of the major parties is made by delegates – a new set of power brokers, thanks to section 84(8) of the amended Electoral Act.

PDP delegates chose Atiku Abubakar, and APC delegates will select one from a pack of thirteen”shortlisted” aspirants. The other parties, often referred to as fringe parties, will also choose presidential candidates.

The next most consequential decision would be outside the purview of these “new gods of presidential nomination” called delegates. And it will be made by the nominated presidential candidates in consultation with a handful of party leaders.

The vice president, although having a limited constitutional role compared with the President, plays a vital role in leading the country, but most importantly, must be very presidential as he is a heartbeat away from the President under emergency, for example, when the President is incapacitated, resigns or dies.

For this reason, the President must choose someone capable of running the state and not just a lame duck with little or no presidential sagacity, capabilities, and skills. Even though the first US Vice President, John Adams said the position was “the most insignificant invention ever contrived by man”, the position has come a long way since the 18th century.

The selection of a running mate is complex, with all sorts of consideration outside the severe issues of a candidate’s suitability based on presidential qualities and capacity to lead and make a meaningful impact. Often, petty, extraneous, and insignificant issues determine who gets nominated as a Vice Presidential candidate without considering that a Vice President is a potential President. Whether in the APC, PDP, Labour, or any of the other parties in Nigeria, five things are topmost in choosing a Vice President, and none of these affects the quality of governance.

The first is ethnic or geopolitical balancing. It is an unwritten rule that the President and the vice will not come from the same region, zone, or ethnic group. There is a North/South divide in this case, where if the President comes from the North, the Vice President will come from the South and Vice versa.

Also, if the President comes from one major ethnic group, the vice president will come from another. The second primary consideration is religious balancing, often Christian versus Muslim and vice versa. Rarely will both the presidential and vice-presidential candidates be of  the same religion . The case of Abiola/Kingibe in 1993 is an exception.

For now, PDP has produced a presidential candidate, Atiku Abubakar. However, he is playing a cat- and-mouse game, waiting for APC to choose its flag bearer first before deciding on a running mate. This has not stopped clandestine manoeuvres, speculations, high-wire politicking, and intrigues. In the APC, the potential running mate is a matter of conjecture, permutation, and strategic positioning by all those who are interested.

I advocate that we have a paradigm shift in choosing VPs in Nigeria. Although the factors considered above in selecting a VP emanate from our peculiar political circumstances and history, and although some of them make sense and may be logical considerations, we must make them peripheral and auxiliary factors in choosing a VP candidate by the presidential candidates.

At the bottom of the issues that will influence the choice of a running mate who is a potential Vice President, in our clime , is the capacity to function as President. The potential VP must have a deep understanding of policies and economic issues in the country. He must understand and buy into the vision of the likely President and how he fits in with executing policies and projects to achieve that vision. Another important consideration would seem to be that of compatibility between the president and his deputy.  Our next VP must have a demonstrable and proven ability to be a provider of solutions to national problems.

The Yar’adua-Jonathan case is still fresh in our minds. Providence calls, and we were stuck with Goodluck Jonathan, the VP, as the Acting President and later President. Jonathan was immediately expected to act presidential and continue the programmes, projects, and visions of the Yar’adua administration. This experience underscores the importance of choosing a VP carefully and allowing having the  executive capacity to function as a president to trump all other considerations in choosing a VP candidate.

It is becoming increasingly apparent that the club of governors in APC and PDP have emerged as the most crucial bloc in deciding who a potential running mate should be. And I will not be surprised if the major parties go for them. It will be interesting to see how the other blocs in the party firmaments and political structures will react to the dominance of the club of governors in this case. My primary concern is not where the VP candidates come from but their suitability. Nigeria can get it right now and join the league of mature democracies that allow capacity rather than sentimental reasons to shape the choice of VP candidates.

Even the electorate does not pay much attention to who the Vice-Presidential candidates are. Often, the issue of VP is reduced to ethnic or regional sentiments, and it gives politicians from the area the VP candidate comes from access to the villa. The common misconception that VPs do not matter in the political equation and are powerless in the scheme of things is wrong and must change with time. I only assume that this idea is perpetuated over time because of the inability of VPs to succeed their principals as presidents. However, we must never forget that VP plays a critical economic role in Nigeria. The VP has some constitutional functions, including presiding over National Economic Council. Imagine having a VP that cannot manage and make meaningful input into the NEC. That will be disastrous!

In the absence of linking the potential VPs to the quality of input and output of governance, three key issues stare us in the face as parties and presidential candidates choose VP candidates. First, Nigerians should demand to know our potential VP as much as we want to know our presidential hopefuls so we can make an informed decision. Second, there are certain minimal qualities a potential VP must possess for the joint ticket to earn our confidence. And finally, a VP is a president in the waiting, so he  must share his idea of how he can turn around the country with the Nigerian people.

The choice of VP candidate should send a signal on what matters to our presidential candidates. Is it politics, mundane governance issues, economy, or new thinking on how to salvage Nigeria? VP candidate should not be about satisfying petty sentiments or settling those who lost in internal party politics or those who can raise money for the election.

We should see beyond these. We must acknowledge our time and realise that we need our best hands to bring us out of the political and economic quagmire. VP candidature is not a souvenir but a call to salvage the nation at a time of national economic and security crisis.

Owo Attack: What Buhari Should Do – PDP