How Elections Are Rigged In Nigeria
Advertisement script async src="https://pagead2.googlesyndication.com/pagead/js/adsbygoogle.js"> 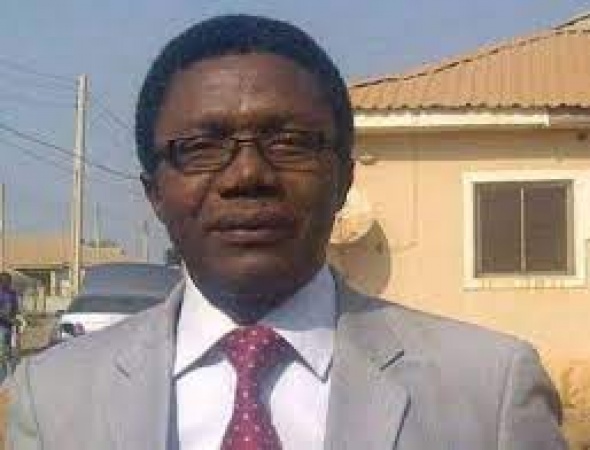 In Nigeria, where politicians lack alternative business addresses, depending on power, political patronage, contracts, and so on to survive and remain relevant, the election is a do-or-die affair. Those who seek to topple incumbents and incumbents who want to retain power need to be guided. Seeking political power in Nigeria is not a patriotic endeavour.

This situation has been worsened by a near absence of a political party system in the real sense of the word. A political party is a platform where like-minds come together to seek political positions to implement their ideas for common good. Each political party is, therefore, necessarily marked out by a matching ideology in places where democracy is truly practised.

But in Nigeria, the two leading political parties – the PDP and the APC – are indistinguishable in their constitutions, manifestos, and so-called ideologies. Siamese twins indeed, thus the current national chairman of the APC was a two-time governor of the PDP, as well as the APC National Secretary, who was equally a PDP senator.

So, one can easily see that the two leading political parties are mere purpose vehicles for power-grabbing. For this reason, those who fly their flags are only looking for ways – any way at all – to grab power. This is largely why rigging elections has become the rule rather than an exception in the current democratic dispensation and understanding this fact is the beginning of wisdom for any politician.

Rigging election in Nigeria is a complex mix and happens at least in ten ways, starting from the nomination of party flag bearers. The masses that constitute over 99 % of the political parties are sidelined in selecting delegates that form the Electoral College where the candidates are said to be elected. The result is the masses do not take part in deciding the flag bearers of the various political parties.

The masses lost the chance to be in charge yet again when the prescription to elect flag bearers by direct primaries only was upturned and the Consensus option was inserted. By Consensus, even the so-called delegates who are purchased by aspirants at the highest bidders like Christmas turkey are also shortchanged. Consensus is between only the aspirants who trade-off and agree amongst themselves who could fly the party flag, regardless of who the party members want. What should have been correct would be the delegates voting to either affirm or reject the consensus candidates.

Then in the general election proper, having been compelled to choose from only the limited choices presented by their party leaders, manipulations are brazenly deployed by these parties and their candidates to ensure victory at all costs. These manipulations that have been duly acknowledged and highlighted by INEC, local and international observers, are all aimed at supplanting the will of the voters or electorates.

On Election Day, all hell is usually let loose. Political thugs have a field’s day with the security agents acting lost in the shuffles, unable to arrest the many brazen electoral malpractices. The trend observed even in INEC, Local and Intl Observers reports is that security agencies are often complacent and, many a time, complicit.

Election security funds are not controlled by INEC and whoever disburses the funds will always get the ears of security agents. This leverage usually gives the incumbent governors and those working with them the upper hand. Talk of piper syndrome! The election security fund and indeed the entire policing of the election ought to be directly under the control of the INEC chairman for those election days. But that is not the case.

It takes extraordinary security agents to remain neutral during the election and this has often tainted the outcomes. But rigging elections even with the collusion of security agents is often very difficult if party members and candidates’ reps understand the process and how rigging occurs and checkmated. Apart from intimidation of supporters and voters, regardless of the express provision of the amended electoral act, which stipulates that accreditation shall be by electronic means, INEC officials would be pressurised to resort to manual accreditation and voting. This has very serious implications as many of the cards do not belong to the holders. politicians rent cards and give them to their ardent followers on election day. So, those who are not electronically accredited must not vote. That is the position of the new electoral act and party reps and supporters must insist on it.

Results are also expected to be transmitted as now provided by the Electoral Act. Electronic transmission is the only hope of any popular candidate in this election for the reason that it reduces alteration of results that traditionally occur between polling units and collation centers. It does not mean that these usual alterations will not be attempted. But electronic transmission and collation are the first and perhaps the only realistic line of defence for it will ensure the tally of transmitted results with the manually computed results. Since this is a legal provision, inconsistent results can be contested based on the variations.

Before now, the computing of election results electronically was not a legal requirement but now it is, meaning that party supporters can salvage their parties’ chances if they painstakingly follow through with the electronic transfer of votes and collect the hard copies, and snap the copies pasted on the polling units.

This is where one faults the decision of INEC to bar phones at polling centres. What INEC should do is have one given the ballot paper drop the phone and pick it up after voting. If phones are banned completely, it will deny the voters the capacity to capture evidence to even help INEC in case of litigation.

Political parties that are not able to mobilise supporters and voters to each polling booth and polling unit are not qualified to stand for election at the given level. The reason is quite critical. Beyond what has been said already, unused ballot papers are sometimes sold by some unscrupulous INEC ad-hoc officials to willing party agents. Since over 60% of voters do not turn up in Nigeria’s elections, the huge unused ballot papers when added to one or two candidates can easily upturn victory in a given polling booth or polling unit and thwart victories in the final results.

Party supporters and representatives being physically present is, therefore, crucial for this reason. They must ensure that the unused ballot papers are accounted for and accreditations done strictly by BVAS means. Otherwise, they would go home rejoicing only to hear that their candidates who won came to a distant second or even third.

Finally, let it also be noted that party reps are also bought over at the polling units and at collation centers. A candidate that is not financially ready or prepared to care for his/her representative who is on election duty on his/her behalf runs a great risk of his rep colluding for the actual election outcome to be changed against a winning candidate(To be continued).

The Case For A N.E.W. Vice President