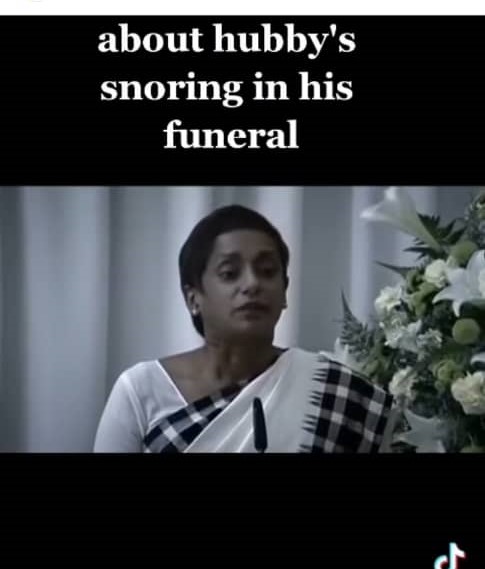 A grieving widow shocked mourners at her husband’s funeral when she opened up to speak about her deceased husband’s snoring and farting stunts while he was alive.

The woman took the departure from the tributes being spoken about her husband named David, when she instead spoke about his snoring which she compared to the starting of a vehicle.

She also spoke about his articulations through some “rear end wind action” down under in a moment that brought discomfort to the many people who were gathered for the funeral.

For her, the fact that her husband was able to snore and make some movements “down under” meant that he was at that time kicking, a phase she said she would no longer live to see as death had taken her good husband away.

To her children who were part of the shocked crowd that listened as she spoke, she prayed that they would one day find themselves spouses who are perfectly imperfect as their father was to her!