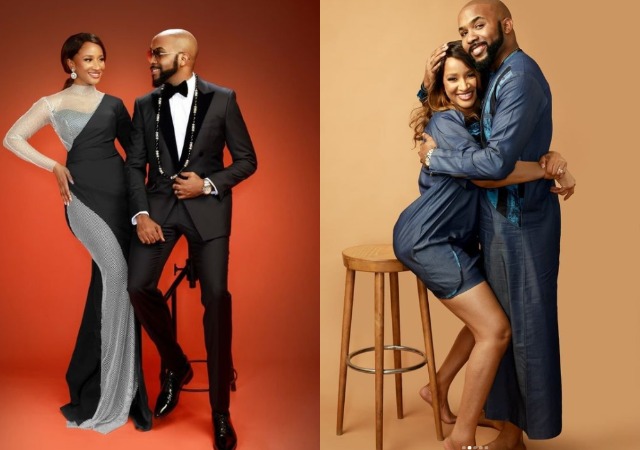 Popular Nollywood actress, Adesua Etomi-Wellington, has caused a stir on social media after sharing a naughty chat with her husband, Banky W.

The lovebirds are notable for always leaving social media users gushing over the level of love and connection existing between them.

READ ALSO: Oyedepo Vs Adesina: Buhari’s Spokesman On The Spot

The mother of one in a recent post via her Instagram story shared a chat with her husband.

Banky had sent Adesua a screenshot of a weird fact posted by #Uberfacts which reads that orgasms help clear a stuffy nose.

He further stated that his ‘nose is blocked’.

Reacting to his DM, Adesua shared screenshots of the message as she laughed it.

“This guy is a complete riot @bankywellington.” 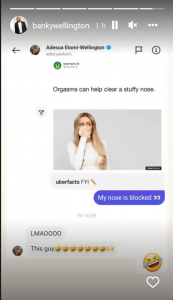 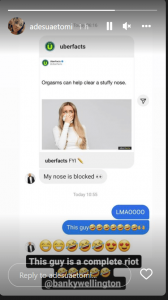