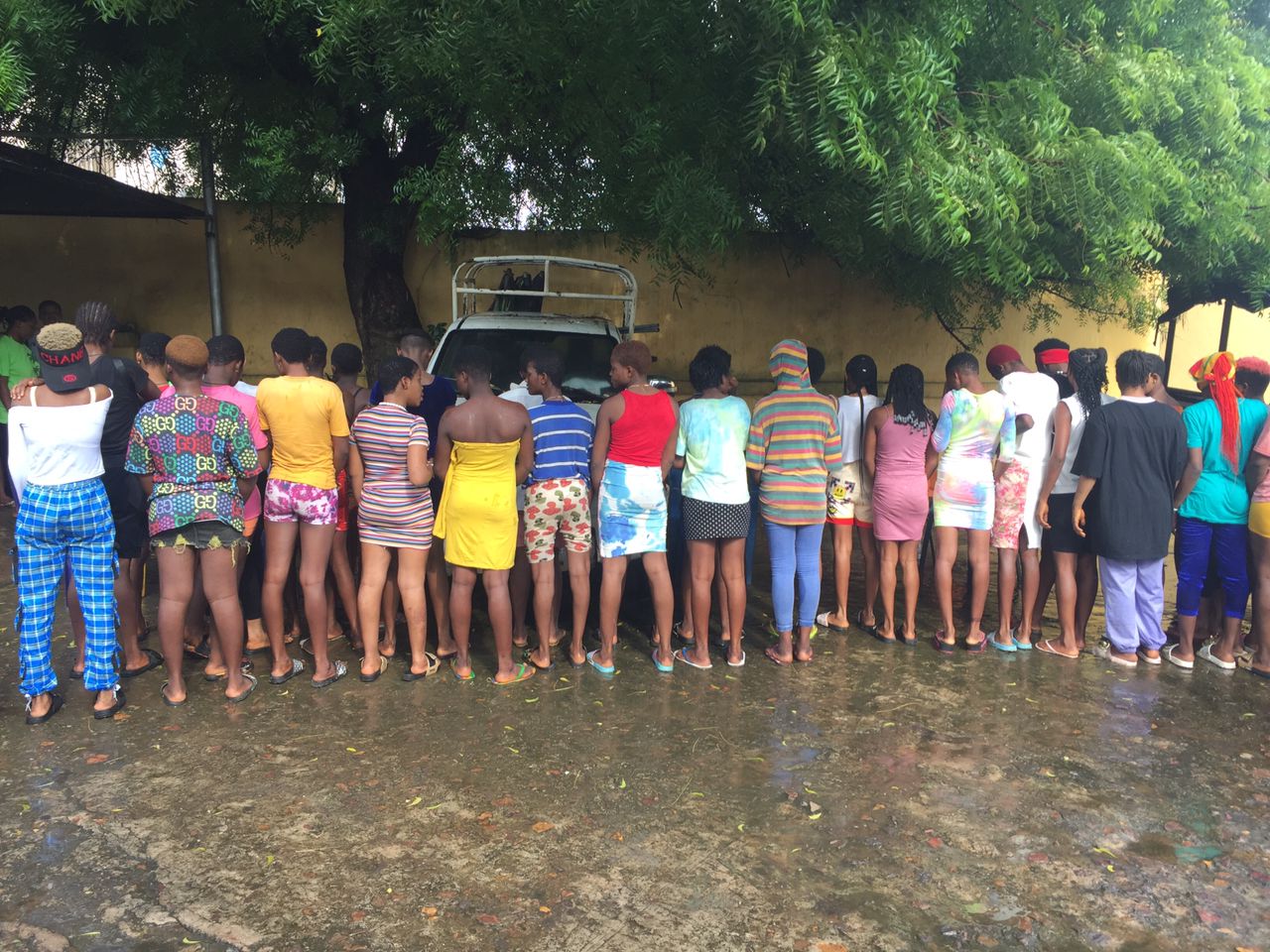 Police in Anambra have rescued 35 teenagers aged between 14 years and 17 years who were allegedly being used as s3x slaves in a hotel used to camp them.

DSP Toochukwu Ikenga, police spokesman in Anambra said this in a statement issued in Awka on Wednesday.

Ikenga said four of the rescued victims were heavily pregnant. He stated that they were rescued from a hotel in Nkpor, Idemili North Local Government Area of the state.

He added that police operatives combed the hotel on June 13 and rescued the girls being used as s3x slaves, prostitutes and baby producers.

“The operatives rescued 35 girls and four of them are pregnant; the victims shall be handed to the National Agency for the Prohibition of Trafficking in Persons for their welfare and rehabilitation,’’ he stated.

Ikenga stated also that three persons were arrested in connection with the crime and that three pump action guns, seven cartridges and cash were recovered.

Ikenga added that the suspects would be charged to court after investigation. (NAN)

GreenWhiteGreen GWG reports that questions are bound to rise as to how the s3x slaves camp was able to operate unhindered for the time it has existed without intervention from the authorities in Anambra State and other agencies of government.