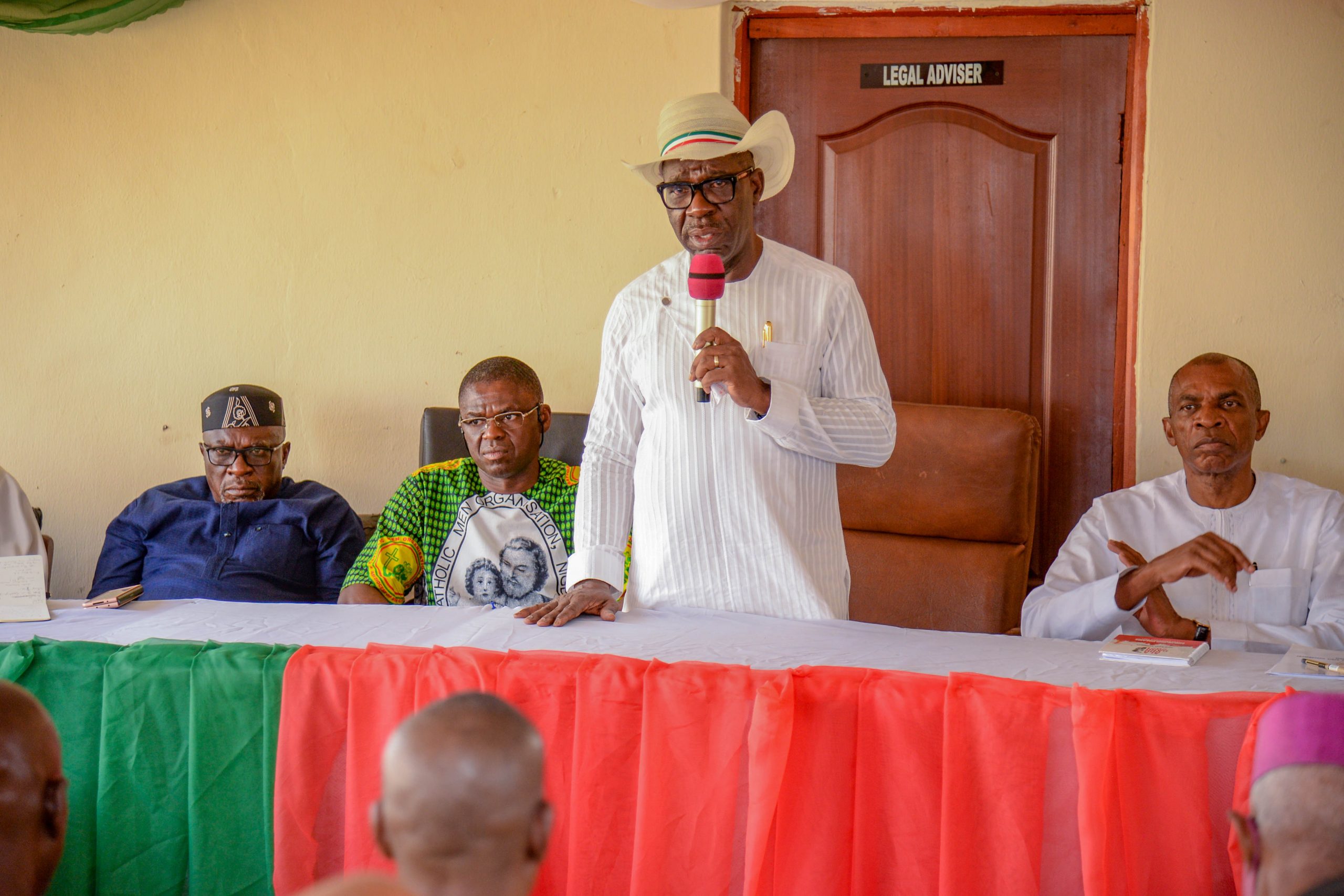 Governor Godwin Obaseki of Edo State constituted a peace committee on Sunday in Benin to resolve the crisis rocking the state chapter of the Peoples Democratic Party (PDP) with former Governor Lucky Igbinedion as its chairman.

Obaseki said at the inauguration that the move was to stave the possible defeat of the PDP in the state at the 2023 general election.

The governor said the meeting was convened to resolve all internal wrangling in the party to ensure success at the 2023 general elections.

Obaseki said the meeting became necessary following the defeat of the PDP by the All Progressives Congress (APC) and the Social Democratic Party (SDP) at Saturday’s Ekiti governorship election.

He said to avoid a repeat of the Ekiti defeat at the presidential election in 2023, PDP in Edo needed to be united and to settle differences among members and bring everyone together to ensure victory.

“I am proposing that we all commit ourselves to resolving all issues in all the chapters across the state.

“I have consulted and for the time being decided that Chief Lucky Igbinedion, a former governor of the state will chair the peace committee in the state.

Obaseki said that Igbinedion will select three notable leaders of the PDP in the three Senatorial districts of the state to work with him in the next 30 days to 60 days to try to resolve all the issues in the party and make peace.

The governor noted that the PDP was setting the pace as it had picked the vice-presidential running mate to Alhaji Atiku Abubakar.

Obaseki said the meeting was called to make peace in the party, adding: “we have gathered here today to seek peace in the PDP as this is the only way to win the presidential election come 2023.

“The internal wrangling is the only thing that can stop us as it has stopped PDP in Ekiti State.

“If we sue for peace in the party, we will certainly find one. We should try to resolve the internal wrangling within the party as no court case can bring peace unless we sit together to resolve our quarrels.

Inside Details Of How Obaseki Lost PDP Structure To Orbih