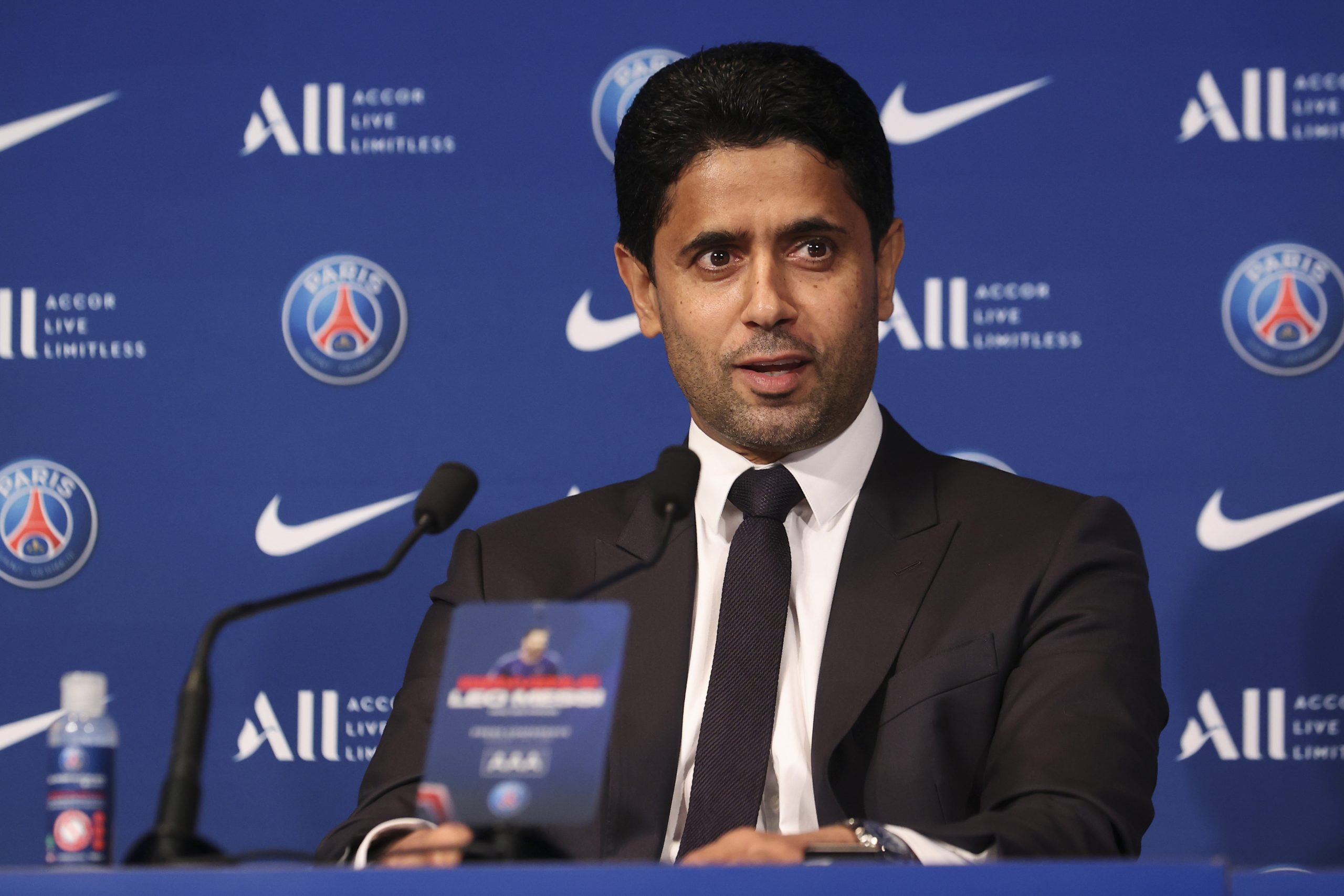 Paris Saint-Germain president Nasser Al-Khelaifi has hit out at La Liga counterpart Javier Tebas for his continued criticism of the French side.

Tebas has spoken openly about his displeasure towards PSG and their expensive business model, recently voicing a desire to lodge formal complaints against both the Ligue 1 side and Manchester City for their latest transfer business.

Speaking to Marca, Al-Khelaifi was given the chance to respond to Tebas’ comments, and the PSG chief did not hold back.

“Who is Tebas? I don’t know that person,” he began.

“Our style is not to interfere with the affairs of other clubs, leagues or federations. That’s not our style. But I am not going to accept others lecturing us. I don’t care what he says. The truth is we’ve been talking about this for years. We have a football project to build and we are going to go ahead. We’re not worried about everything that comes out in the media, because we can’t waste our time with everything that comes out.

“We don’t have to be told by someone from the outside what we can or cannot do. If we do something, it’s because we can.

“Look at the case of [Lionel] Messi. It was the same, they said it was financially impossible and we have made money with Messi. [Tebas] has no idea and should focus on his league because La Liga is a bit dead.”

Al-Khelaifi also hit out at Tebas’ decision to label PSG a ‘state club’, insisting that La Liga’s elite clubs are given far more help than they are.

“In Spain, the state supports some clubs more than us,” he said. “A magnificent stadium in the middle of the city without paying anything? We pay for the stadium and the training centre – [Spain] support their clubs more. It’s not fair.”