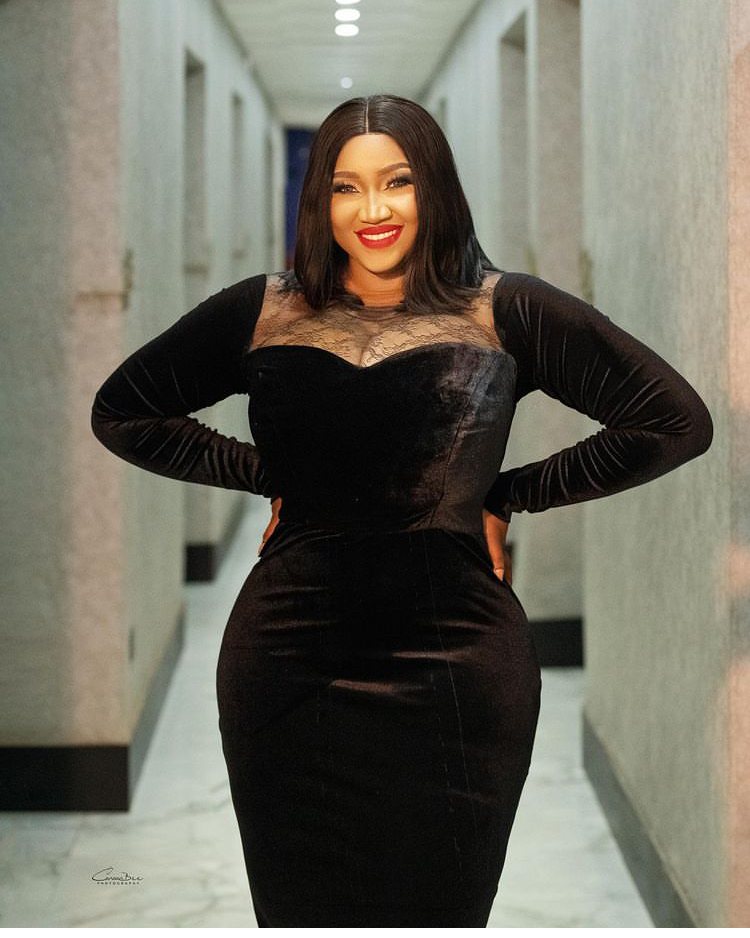 Nollywood actress, Judy Austin Yul-Edochie has been mocked by Netizens after she was cast as a co-wife in a new movie depicting her controversial reality as the second wife of star actor, Yul Edochie.

Recall that Judy Austin paved her way to stardom after famous actor, Yul Edochie announced her as his second wife after their secret affair produced a son.

Judy who has been regularly dragged by social media users since her marriage to Yul, took to her Instagram page to share a behind the scene video of the new movie project in which she featured as a co-wife.

In the video, Judy Austin could be seen engaging in a fierce fight with co-actress, Lizzy Gold who acted as a co-wife in the movie. A scene in the movie sees Judy dragging her on the floor around in the house.

Sharing the video on her Instagram page, Judy wrote: “one of the most stressful jobs I’ve ever done lol

A total HIT in the making !!!… My co-wife @Lizzygoldofficial brought her A game,” Judy Austin wrote.

Her post has sparked numerous comments from social media users who mocked her for portraying her real life character in her movies, many others warned her not to try engaging in such fight with May Edochie, Yul’s first wife.

smartofficial__ wrote “ this is how judy wished to drag May out of her home. God pass you sha”