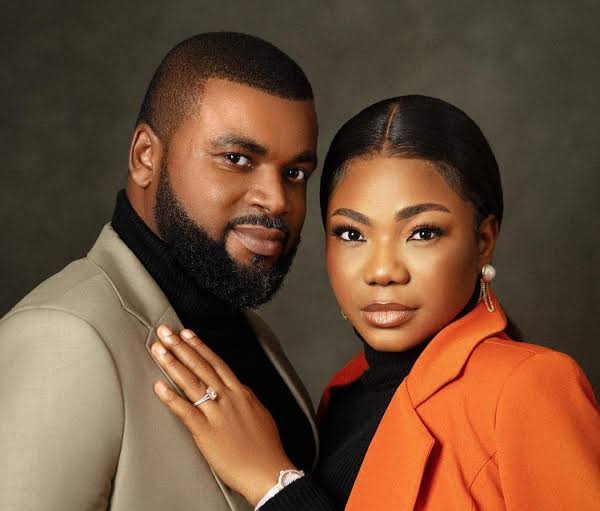 Pastor Blessed Uzochikwa fiancée, to popular gospel singer Mercy Chinwo and the minister in charge of the WaterBrook Church has reacted to a throwback video of him saying the singer is like a sister to him.

Recall that GWG earlier reported that after Mercy Chinwo and pastor Blessed took to social media to announce their engagement, Nigerians dug up the viral video with the statement.

READ ALSO: Carolyn Danjuma Reacts As Tweeps Call Her Out Over Age Fraud

The clergyman said: “I got to stop laughing. I love Mercy Chinwo so much, she’s like a sister to me. Amazing lady, very powerful, very anointed, so beautiful…”

However, during a ministration at his church on Sunday 26th, June, Pastor Blessed reiterated that Mercy Chinwo is his sister while asking if he’s not a brother.

According to him, Christians are like brothers and sisters in the kingdom of God but many people are carnally minded.

He urged his members to always look around the sisters when it’s time to get married.

He said: “They dug up an old video of me saying she’s like a sister to me, I’m a brother, am I not a brother? When it’s time to get married look around the sisters and pick. We are all brothers and sisters in the kingdom, many Christians are carnally minded.”

Related Topics:Mercy Chinwo
Up Next

Carolyn Danjuma Reacts As Tweeps Call Her Out Over Age Fraud