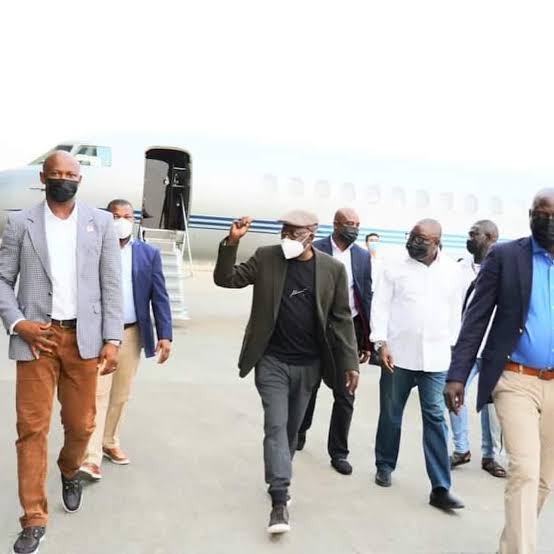 Tinubu’s trip was in the wake of lingering controversies including his academic records and the decision of a running mate which have been left unsettled since his emergence as the presidential candidate of the ruling party.

A statement issued by Tunde Rahman, his media adviser said that Tinubu met with President Muhammadu Buhari before he departed for France.

“He is off to Paris, France to hold some important meetings. The APC standard bearer is expected back in the country shortly,” Rahman said but without disclosing the nature of the meetings.

Earlier before his departure, he attended the public presentation of a book titled ‘Mr. Speaker’ and launch of legislative mentoring initiative in commemoration of the 60th birthday of Speaker of House Representatives, Femi Gbajabiamila.

On June 8, Asiwaju Tinubu emerged the Presidential candidate of APC for the February 25, 2023 election at the party’s presidential primaries/national convention held at the Eagle Square, Abuja.

After the election, he immediately embarked on a series of thank you and reconciliation visits to those who contested against him at the party’s primaries including the seven aspirants who stepped down for him.

However, the questions as concerning discrepancies the primary and secondary schools he attended have lately erupted to hound the campaign with insinuations from critics that the candidate may be hiding something.

Besides, the candidate is also yet to settle the issue of a running mate as he confessed at the Gbajabiamila even that he is still searching for a person for that position.

GreenWhiteGreen GWG reports that the APC presidential flagbearer is under pressure to push forward a Muslim as a running mate despite being a Muslim himself. That proposal has been seriously tackled by secular and Christian groups.

When I Was Brought Near To Tears, Tinubu Speaks