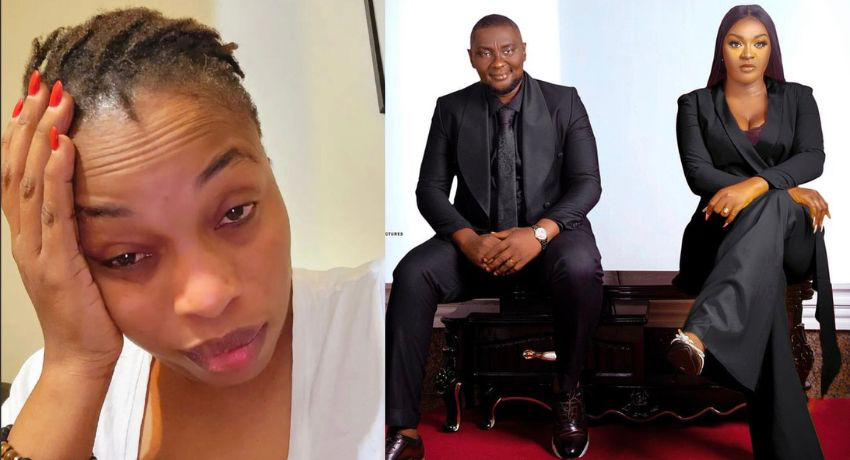 Women’s rights activist, Esther Ijewere, has joined many celebrities and Nigerians, to react to Nollywood actress, Chacha Eke’s announcement that she is ending her marriage saying she made her and others concerned look like fools two years ago.

Esther Ijewere recounted how the actress made her and others look like liars two years ago when she first announced her marriage had ended.

Ijewere wrote this in the comment section of Chacha’s Instagram post on Tuesday, June 28, after the mother of four revealed for the second time in two years that her marriage to movie director, Austin Faani has ended.

The screen diva via her Instagram page penned down a lengthy note for her followers where she confessed that she had been pretending that all is well.

According to her, she was still in the marriage because she was hopeful that things would change.

Reacting to her post, Esther wrote of how Chacha Eke made her and other activists look like fools two yeas ago when they intervened on her behalf.

“Leave to Live! It’s the same thing we told you 2 years ago. In Jesus name, put yourself and your kids first. No marriage is worth losing your safety and sanity for. Your children need you more. Please LEAVE. We can only advocate, the decision is yours to make. You made us look like liars 2 years ago, here we are again, Chacha, choose YOU first.”

‘Stay Away From Me’, Actress Ani Amatesero Warns Colleague Nkechi Nnaji After Arresting Her On Set