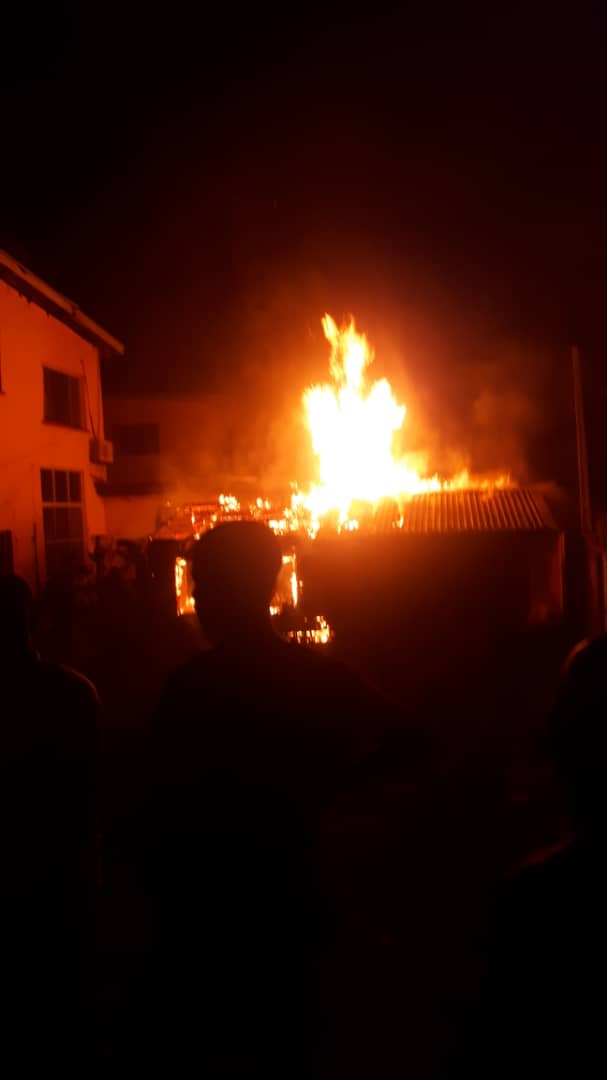 A warehouse on Broad Street, in the CMS area of Victoria Island, Lagos State was on Tuesday gutted by fire.

He stated that the fire was caused by a power surge when electricity was restored, adding that there was no casualty recorded in the incident.

Oke-Osanyintolu said, “The agency responded to the fire incident on 118 Broad Street, which was relayed to LASEMA through the toll free 112 emergency number this morning.

“On arrival at the above scene of the incident, it was discovered that a room in a warehouse where shoes are stored was gutted by fire. The fire ignited as a result of power surge when electricity was restored.

“Fortunately, there was no casualty in the incident. The agency’s response team alongside LRU fire, Lagos State Fire Service and Federal Fire Service are responders at the scene of the incident working together to put out the fire. The operation is ongoing.”