Untold Story Of The Resignation Of Muhammad As CJN
Advertisement script async src="https://pagead2.googlesyndication.com/pagead/js/adsbygoogle.js"> 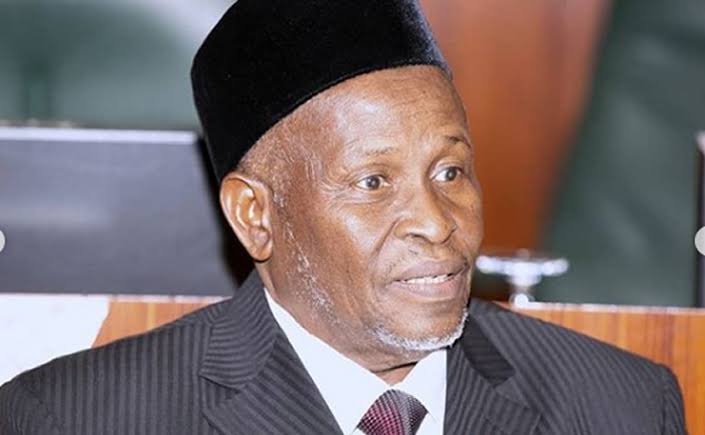 The resignation of the Chief Justice of Nigeria (CJN), Justice Ibrahim Tanko Muhammad on Monday, June 27, 2022 was a result of high-level intrigues, which were long planned but executed Sunday night, multiple sources familiar with the power game told Daily Trust yesterday.

Reliable sources said that contrary to the thinking that Muhammad resigned on his own accord, he was actually forced to do so by a high-level team of security and senior government officials.

Indications that all was not well emerged Monday morning with the absence of the ex-CJN who was billed to speak at the opening programme of the training on alternative dispute resolution for judges at the National Judicial Institute (NJI) in Abuja.

Muhammad failed to appear at the function without prior notice and did not send a representative.

Muhammad’s aides said they were not in the know of his resignation as CJN until that morning.

However, some sources claimed he was directed to appear in the Villa where he was handed a letter to sign for his resignation.

Daily Trust gathered that the move to get Muhammad out of his seat was planned long ago and was spearheaded by a senior cabinet official and head of a security establishment. They also co-opted senior officials of the National Judicial Council (NJC) in the plan.

A source at the NJC said the plan was hatched late last year but was put on hold until after the retirement of Justice Mary Odili who could have only served as the CJN for less than a year had Muhammad resigned before she left.

The idea was said to have been hinged on the ex-CJN’s deteriorating health condition.

A senior advocate of Nigeria, who spoke on the condition of anonymity, said the ex-CJN was forced to resign on two grounds – the letter collectively written against him by 14 Supreme Court justices, and “certain issues of financial impropriety.”

He said there was the veiled issue of ill-health, which has long been known by many judicial stakeholders but the ex-CJN was left to continue in the position till December 2023, when he was due to retire.

“His condition became so obvious when his supporting staff were behind most of the correspondences, which they preface with ‘I have been directed’,” he said.

Another source close to the ex-CJN, who craved anonymity, said Muhammad was fetched from his house Sunday night to an unknown destination where the resignation was coerced out of him.

“On arrival, he was presented with a letter of resignation and they demanded that he signed the letter. He was told it was from the president and he obliged them based on that. He was not allowed to make any consultation, including even with his family,” he said.

But another source at the Supreme Court said Muhammad had suffered serious health challenges making it difficult to perform his day-to-day functions, including sitting on cases and attending to files.

He said the situation was partly responsible for the crisis in the court, which led to the letter recently leaked by the 14 judges.

“During the past Ramadan, the president invited members of the Judiciary to the Villa for breaking of fast but he (Muhammad) scheduled a visit to Kaduna State at the same time, and when he was reminded, he said he was not aware though he was earlier told,” the source said.

14 justices of the Supreme Court had in a recent letter on June 21, which Justice Muhammad was forced to react to, accused him of failing to properly administer the apex court.

“Your Lordship with all due respect, this is the peak of the degeneration of the court; it is the height of decadence, and clear evidence of the absence of probity and moral rectitude,” they wrote.

“Your Lordship, this act alone portends imminent danger to the survival of this court and the judiciary as an institution, which is gradually drifting to extinction.”

Reacting to the report, the spokesman for the former CJN, Ahuruaka Isah said the issues were not brought to his knowledge in his capacity as the spokesperson.

He, however, confirmed that the ex-CJN was customarily supposed to be at the NJI event on Monday before the unanticipated development.

Justice Muhammad before his resignation on Monday, was elevated to the Supreme Court in 2006 but was sworn in on 7 January 2007 from where he was appointed CJN by President Muhammadu Buhari on February 25, 2019, following the removal of Justice Walter Onnoghen over allegations of false asset declaration.

Born on 31 December 1953 at Doguwa-Giade Local Government Area of Bauchi State, he attended Government Secondary School, Azare where he obtained the West Africa School Certificate in 1973 before he later proceeded to Ahmadu Bello University where he received an LL. B degree in Islamic law in 1980. He later obtained an LL.M degree and a PhD in law from the same university in 1985 and 1998 respectively.