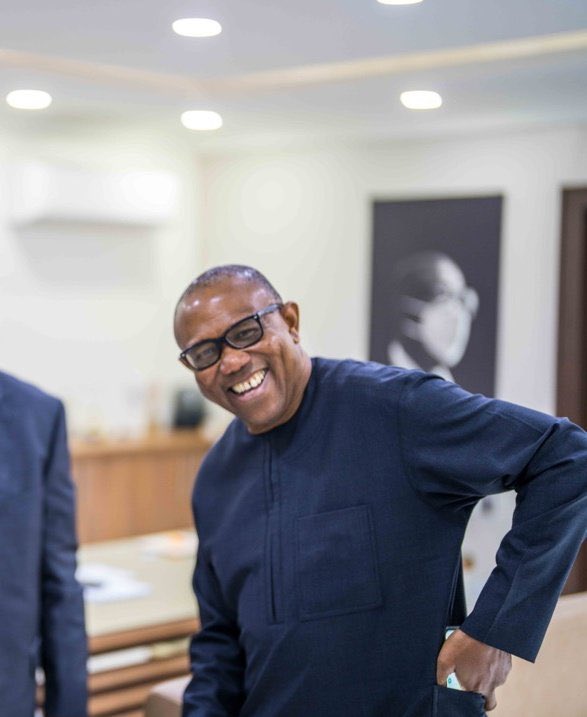 Labour Party presidential candidate, Peter Obi has reacted to whispering campaigns about a dark past of drug deals, corruption among others that have lately been surfacing around his 2023 aspiraiton.

In a counter to the allegations which have been levelled against him, the Obi team in a point-by-point effort debunked the allegations which the team asserted were politically inspired to derail the increasingly strident OBI-dient movement of young Nigerians aiming to enthrone him as president.

Among the most notable allegations were those of drug trafficking that insinuated that Obi spent his years at the University of Nigeria, Nsukka as a drug trafficker and was hardly in school and as such spent about ten years in the university.

It has also been claimed that the father of Peter Obi was killed mysteriously by rival drug gangs.

1. Those who knew Peter Obi will attest to the fact that he has been a drug dealer beginning from his days as an undergraduate at UNN. He was hardly attending lectures and only managed to graduate with a third class in Philosophy after spending 12 years in the University.

2. His brother in-law who incidentally is one of the hirelings used by him (Peter Obi) for his nefarious drug trafficking business is currently languishing in jail in far away London . This is the major cause of strain between Obi and his in-laws. It is on record that his closeness to Dubem Obazie was the because he Dubem served jail term for drug trafficking because of Peter.

ANSWER: Obi has never had any strained relationship with his in-laws since he married. duben obaze? was peter convicted and he drafted obaze to serve for him or what? puerile lies!

3. Obi should explain his relationship with former Military Administrator, Governor Ibim Princewill and Col Earnest Kizito Attah of Cross River State whom he helped as a conduit to fleece Cross River State government thus contributing to the under development of the state.

ANSWER: With what they wrote, would they believe if obi defines the relationship as cordial. whoever has dealt with obi would attest that he is faithful to everybody and because of that no sincere person, who has ever related with him doubts his character nor would see reason not to believe or have trust in him.

4. Obi should explain to Ndi Anambra the circumstances surrounding his father’s death which remains his best kept secret. Before then we can reveal that Obi’s father was drowned to death by Peter Obi’s associates in the drug trade whom he short-changed in a business deal prompting the mafias to kill the old man whom they drowned bounded hands and feet with bricks round his neck.

ANSWER: The writers of this stupidity are probably not aware that obi’s father died in 1968, when obi was just seven years. that was when their last child was also born, during the war.

ANSWER: Except security-challenged period like election time, obi’s security vote was an average of 200m. he was among the lowest. it was from there that he bought over 700 vehicles for the police, amoured personel carriers, armoured patrol vehicles, paid 1st class graduates, paid elderly people, paid vigilante of all the towns, among others. he always said he was ready to account for that if called to do so.

6. Just as Peter Obi professes his Catholicism for political expediency, we ask him to summon the moral courage and explain to Catholic faithful his relationship with the Olumba Olumba Obu (OOO) Cult sect where his wife is a known member. It is also on record that Peter Obi met the wife at a night club in Auchi. The lady had two children from two different men – an Albino and a Ghanaian. The affirmed Catholic is yet to wed his wife in the church.

ANSWER: This is strange. Could the writers post the pictures of those children? Obi is a complete Catholic, however with refined respect for other religions.

7. Obi is yet to explain the mystery behind the N250 million that was found in the possession of his aides. He is yet to produce the contractor and publish the contractual agreement that stipulates that this very contractor will be paid in cash and also a reference to any other known precedents. Not even the famous late Barkin Zuwo of Kano State paid contractors in cash.

ANSWER: When the issue of N250 million arose, Mr. Peter Obi, in a gesture of a man sure of himself, cancelled the south-east governors’ forum meeting billed for that day, called the accountant-general of the state to go to the office and furnish him with all the papers pertaining to that transaction. heavily fortified with every handy detail, he personally travelled to Lagos. at the office of the then Lagos State commissioner of police, Mr. Marvel Akpoyibo, he tendered the documents detailing the entire transaction. to make matters clearer, the investigating police officer (IPO) requested to see the managing director of the company involved in the transaction – Gliz Automobile, Lagos, probably employing the element of surprise. Astonishing to them, still, was that the MD turned up shortly with corresponding papers, matching number of cars and amount involved. faced with the possibility of a planned deal gone awry, the police went to Gliz office the same day and counted exactly equal number of cars parked in their premises and ready for delivery to the anambra state government. the explanation of preferred cash transaction that reduced costs for obvious reasons was clearly proved and understood.

Moreover, Mr. Peter Obi, understanding that the set-up was initiated then, as now, by elements that wanted to aid him to sin a little and use it to campaign against his second tenure or his presidential quest as they now do, promptly wrote to the then president musa yar’adua, he set aside his immunity and requested full investigations. for days, officers from the Economic and Financial Crimes Commission (EFCC) and the police were in Anambra State, questioning and ruminating over documents. Following the directives of the then Inspector- of Police, Mr. Mike Okiro for a thorough job, the investigating police team even came with forensic experts!

The foregoing was exactly how Obi reacted. But with the aim of wrestling him down, another mischievous writer cryptically wrote that he reacted thus: “the matter roiled obi, cut short a trip, put together some media men to hush the story. But some reporters craved it like shark sniffing blood because it was a pip of a story.” What these merchants of lies didn’t know was that the media were put on notice such that the story was broken almost as it happened?

8. Obi should explain why he has continued to loot the resources of the state using his brother, Ndibe Obi, Ejike Onwusogbulu and a certain Chidi Agbapu – a Lagos based stock broker as a conduit for money laundering while the youths in Anambra remain unemployed.

ANSWER: It would be better explained by The writers. why should obi finish what they have started?

9. Obi was elected governor on the platform of APGA and it is on record that he never convened an APGA meeting thereby destroying the entire party structure. Obi should explain to party faithfuls and loyalists why he destroyed the party;

ANSWER: Obi is now in Labour Party. He wishes good luck to APGA.

ANSWER: Why is Obi the right person to explain this?

In view of the foregoing, we demand his immediate resignation or face further disclosure of his criminal past and present.

GreenWhiteGreen GWG reports that the counter from Camp Peter Obi is in the wake of viral and whispering allegations that he made his money from drug deals while in university where he purportedly spent up to 10 years.

Related Topics:headlinesPeter Obi
Up Next

Obi Should Wait For His Time – Dino Melaye (Video)