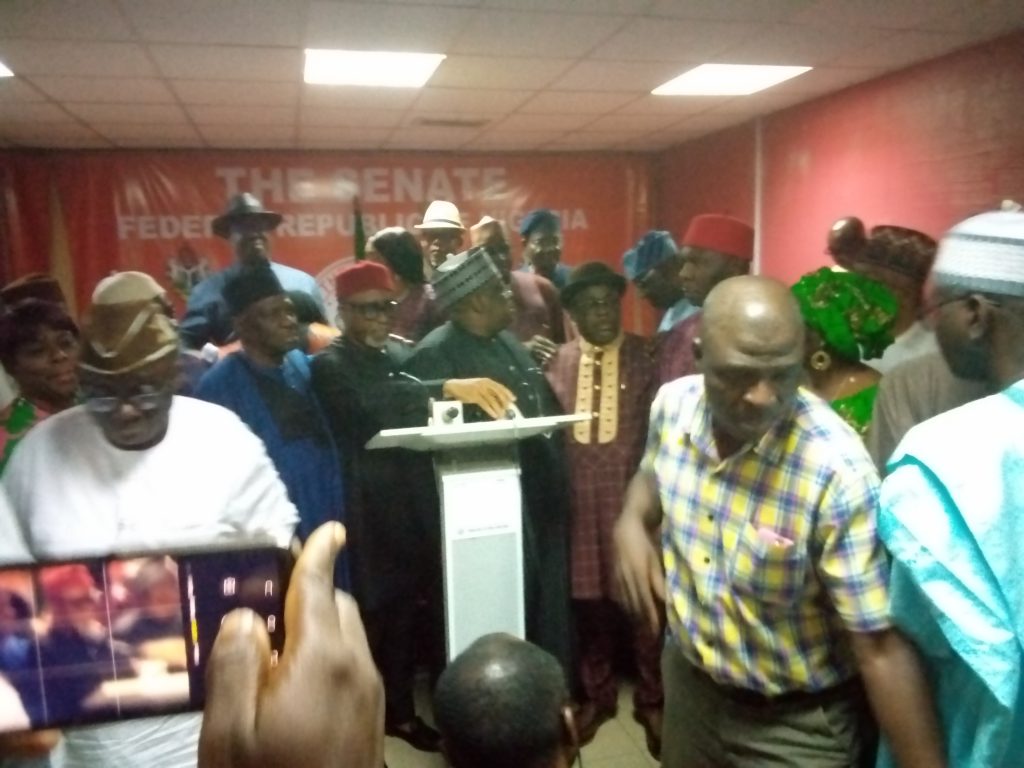 Senators of the Peoples Democratic Party PDP caucus on Wednesday staged a walkout from Chambers in protest against the heightening insecurity in Nigeria.

The minority leader Senator Philip Aduda who was flanked by others at a press briefing, after they walked out of the Chambers in anger, revealed that they have issued President Muhammadu Buhari six weeks to resolve terrorist attacks in the country or face impeachment.

The caucus said the impeachment issue was raised during a two-hour closed-door but the Senate President was unwilling to allow the matter to be tabled at the plenary despite their agreement.

He said, it was necessary for the insecurity to be addressed immediately because, “it’s obvious that Abuja, the seat of the Federal government is no longer safe, as you all can see.”

Aduda recalled that various recommendations by the legislature have been made but security challenges have not abated, hence, they were committed to impeaching President Buhari now.

Aduda who represents the Federal Capital Territory in the upper legislative Chamber said: “We went into a closed-door session on the state of insecurity in Abuja and took cognisance that Nigeria is no longer safe

“Senate has recommended various measures and discovered that even Abuja is no longer safe.

“We agreed in the closed session that we will give President Muhammadu Buhari an ultimatum, but the Senate President Dr Ahmad Ibrahim Lawan didn’t want us to raise the issue.

“However, we have issued six weeks for President Buhari to resolve insecurity or be impeached.

“We walked out of Chambers in protest.”