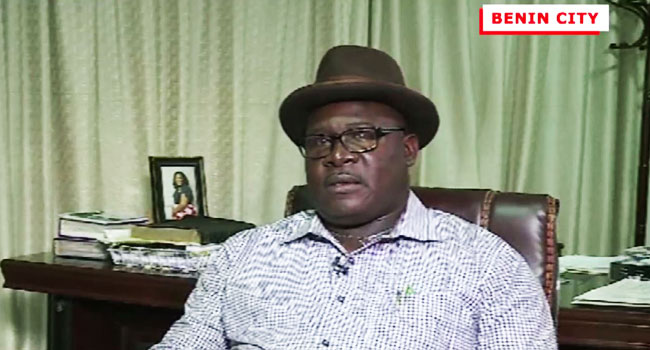 The fate of the Edo State Resident Electoral Commissioner, REC, Mr. Johnson Alalibo was uncertain on Thursday evening following reports of his arrest on the orders of the Edo State Government.

Multiple sources confirmed to GreenWhiteGreen GWG that the REC was ordered to be arrested after he reportedly failed to heed the instructions to throw support for the Governor Godwin Obaseki led tendency in the Peoples Democratic Party, PDP.

GreenWhiteGreen GWG reports that Governor Obaseki and the national vice-chairman, South-South of the PDP, Chief Dan Orbih had been in a struggle for supremacy in the Edo State chapter of the PDP.

Orbih had besides pulling the mainstream of the party in the state to wrest recognition from INEC had also affirmed the recognition at the courts.

The development it was learnt had left a sour taste in the mouth of those aligned to the governor who have lost everything and were said to be blaming the Resident Electoral Commissioner, in Edo State, Mr Alalibo for their woes.

An online journal, truthlive.net while reporting the development said on Thursday that Mr Alalibo who had been arrested in the morning was still being held as at late evening.

Truthlive.net quoted a female staff who was obviously furious over the arrest of the REC as saying “our commissioner is only answerable to our National Chairman, Prof. Mahmud Yakubu, and not Governor Obaseki, his arrest is only a waste of time as Mr. Alaliba is a law-abiding citizen who is carrying out his constitutional responsibilities and duties according to the law of the land.”

Another source in Edo State office of INEC also confirmed the arrest of the REC.

LASU Crisis: Why Tinubu Was After Me – Peter Obi’s Aide, Val Obienyem