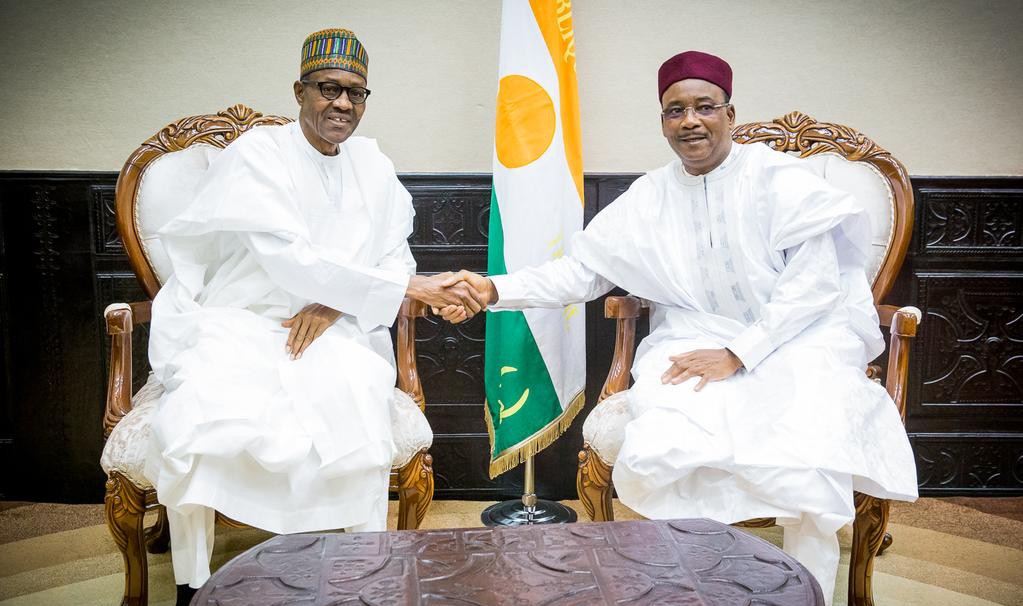 The social media space was on Monday morning overflowing with rage after a leaked official document showed that the President Muhammadu Buhari led government allegedly approved N1.4 billion for the purchase of vehicles for the government of Niger Republic.

Popular investigative journalist, David Hundeyin who brought this to public notice late on Tuesday queried the government on it reasons for purchasing vehicles for a foreign country and secretly including  it on official budget office documentation.

According to David, he had verified the account details provided on the documents for clarification.

In a lengthy post via his verified Twitter page, the journalist wrote: “ I’m going to put this on Twitter because @WestAfricaWeek is a long-read platform that doesn’t do breaking news, and this needs to be out there.

“I’ve got hold of a budget office document showing @MBuhari approving N1.4 billion to buy vehicles for the government of Niger Republic.”

“I went ahead to confirm the account details provided in the document and sure enough it checks out. Why is @MBuhari’s government purchasing vehicles for a foreign government? Is this an extension of the same nonsensical decision-making that saw it prioritise a railway to Maradi?”

“”President” @MBuhari over to you please.

Kindly explain why you are expending scarce Nigerian public sector resources on your Nigerièn cousins, and in such a brazen manner that you dare to let it appear on official Budget Office documentation.

I'm going to put this on Twitter because @WestAfricaWeek is a long-read platform that doesn't do breaking news, and this needs to be out there.

I've got hold of a budget office document showing @MBuhari approving N1.4 billion to buy vehicles for the government of Niger Republic. pic.twitter.com/GDVx50cOJ0

Reacting to his post, many Nigerians via their handles frowned bitterly over the report. Many made shocking revelations, accusing the Federal Government of favoring Niger Republic because a large number of it citizens have Nigeria’s voters card, NIN and other national identity cards from Nigeria.

There were also recollections that Buhari as military head of state voted a for a Nigerien as against a Nigerian diplomat from the Southeast for a top position in the defunct Organisation of African Unity. It was claimed as the only time in history that a head of state voted against his own country.

Reacting to the development, emotions boiled over with one tweep alleging that preparations were being made for Buhari to become president of Niger Republic after his term of office in Abuja.

GreenWhiteGreen GWG gathered some of the reactions.

@captainarinze: Some people from Niger Republic have Nigeria’s voters card, NIM and other national identity cards. Most of them are going to vote in the forthcoming elections. Some of them are running the fx black market. Some of them are the bandits terrorising the country. These are the issues

@callme_essien2: I’ve always known buhari is the b…tard son of Nigeria 🇳🇬.  Drained the country, threw us into unpayable debt just to build his home country of Niger Republic. He should be jailed for his crimes against Nigeria & against Humanity come 2023…

@iamrapulu:  I think you might be right, Buhari loves Niger more than Nigeria, there is a reason for that, either he is originally from Niger Republic due to his decision in 1984 or MNK is right about the Jubril issue.

@thepurpleoz: How much is ASUU asking for again??

@pennywort16: Buhari is a fulani from Niger Republic 🇳🇪.Buhari does not give a fuvk about Nigeria. Funny enough people like Deji ,Sega and co will campaign for Buhari for third term.  Buhari is just sucking Nigeria dry to build is place of origin Niger 🇳🇪. Nigerians knows this b4 voting 4 him

It's not the first time he's shown such unworthy favouritism to the Niger Republic. Some will justify this as an aspect of diplomatic goodwill but it is not. It is nepotism and a show of gratitude for the interference of Niger in our internal affairs, especially elections.

In 2020, FG approved N30 billion for the construction of 2 roads from Sokoto and Jigawa States to Niger Republic.

Now, there are leaked documents that FG approved N1.4 billion to buy vehicles for the government of Niger Republic.
APC must tell us what is inside Niger Republic

WHO IS MUHAMMADU BUHARI??? A foreigner who won while Nigerians were fighting each other! See for yourself 👇

Is anyone really surprised? When asked on Arise TV last year why Buhari was building railway from Nigeria to Niger Republic, Buhari's response was that he has relatives in Niger Republic. pic.twitter.com/vrgsk86dY2

A man that once choose his tribe over his country.
A man that spend billions of naira building trail to Niger Republic.
A man that term killer Boko Haram terrorist as “Repentance BokoHaram” and integrated them back into the society cos they are fulanis.

This is another reason that shows that the National Assembly is Nigeria's biggest enemy.
How could the president be spending our scarce resources on Niger Republic, and the NA is sitting ducks?
No check at all, just shout Mr Speaker, pound gavel, and go on holidays. https://t.co/7hVPfNIpRc