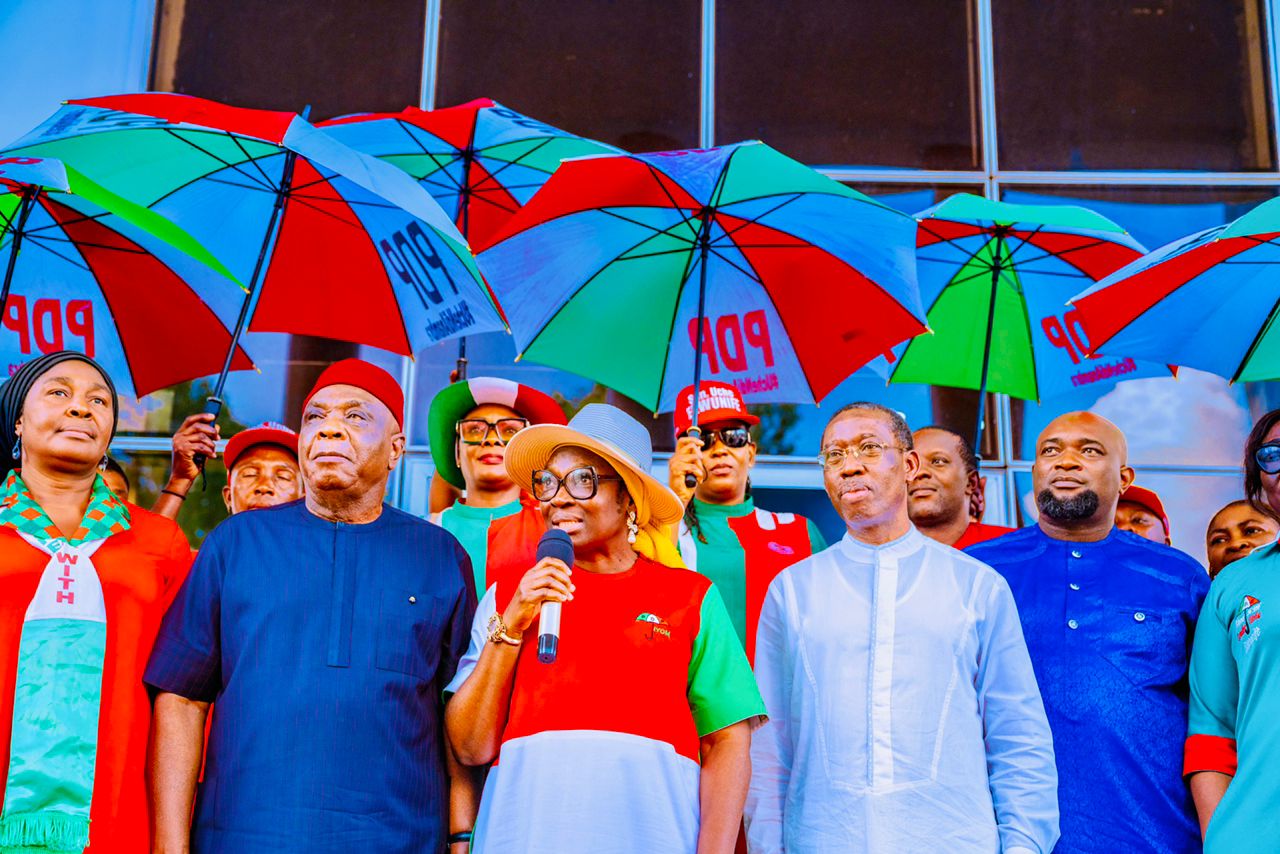 A federal lawmaker, Senator Uche Ekwunife, on Wednesday affirmed total support of the South East for the presidential ticket of Alhaji Atiku Abubakar and Senator Ifeanyi Okowa in the 2023 Presidential Election.

Ekwunife gave the assurance when she led a delegation of Peoples Democratic Party (PDP) members from Anambra on a solidarity visit to Gôvernor Okowa at Government House, Asaba.

The legislator, who spoke to newsmen after a closed session with the gôvernor, clarified that the delegation was not on the auspices of Ohaneze Ndigbo, but stated that the South East was impressed with the contributions of Atiku Abubakar to nation-building and the leadership qualities of Senator Okowa.

She explained that the visit was to intimate their host on their level of mobilisation for PDP in the region, and said that no effort would be spared in ensuring that PDP got landslide victory for all candidates in the 2023 general elections.

On the insecurity in the South East and other parts of the country, she said that the Senate had called on President Muhammadu Buhari to rise to the occasion as it was the duty of the Federal Government to protect lives and property of citizens.

Ekwunife reminded security agencies of the need to redouble their efforts in making the country unsafe for insurgents and other criminal elements.

She sued for the synergy among stakeholders in building a new Nigeria, emphasizing that no meaningful development could take root in a polarised nation when religion, tribe and unpatriotic traits took the centre stage.