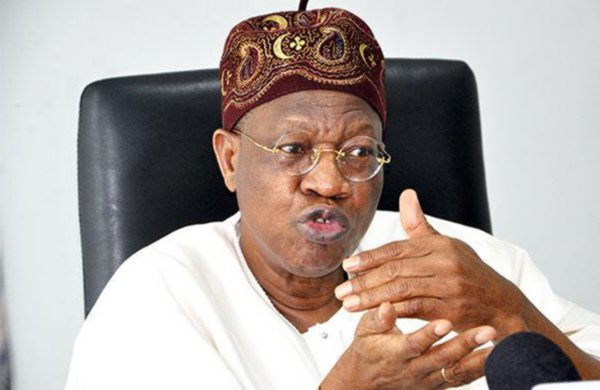 The Federal Government has demanded that Google pull down the YouTube channels belonging to the Indigenous People of Biafra (IPOB).

The Minister of Information and Culture, Lai Mohammed made the request during a meeting with a team of Google officials on Thursday in Abuja.

He justified his demand on the claim that IPOB is a proscribed organization.

Mohammed argued that most of the channels broadcast in local dialects to evade being censored.

He said: “Your platform is a platform of choice for IPOB, a proscribed terrorist group.

“We implore you not to make your platform available to them for their acts of violence and destabilization.

“We hope you will cooperate with us as well as our security agencies in this direction.”

Meanwhile, the demand on the FG on Google to pull down Biafra linked youtube channels came as the British Broadcasting Corporation, (BBC) took a swipe at the federal government following its threat to sanction it over the documentary that exposed banditry in Zamfara State but which the authorities in Nigeria glorifies terrorism.

GreenWhiteGreen GWG reports that the Federal Government through the National Broadcasting Commission (NBC) imposed a fine of N5million on the multimedia wing of Media Trust Limited for the documentary, “Nigeria’s Banditry: The Inside Story”.

Tafa Balogun: First IGP To Be Convicted And Other Facts