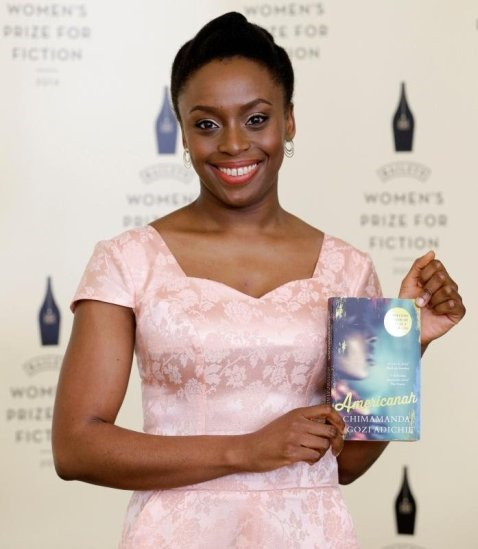 The television series adaptation of Chimamanda Adichie’s acclaimed novel ‘Americanah’ has been green-lit by HBO Max.

News Agency of Nigeria reports that Lupita Nyong’o will star as the lead character, Ifemelu while ‘The Walking Dead’ star, Danai Gurira is the showrunner.

HBO Max has given the limited series a 10-episode order with Gurira also writing the pilot for the award-winning novel.

‘Americanah’ tells the story of Ifemelu (Nyong’o), a young, beautiful, self-assured woman raised in Nigeria, who as a teenager falls in love with her classmate Obinze.

Living in a military-ruled country, they each depart for the west, with Ifemelu heading for America.

There, she learned that despite her academic success, she is forced to grapple for the first time with what it means to be black.

On the other hand, quiet and thoughtful Obinze had hoped to join her, but with post-9/11 America closed to him, he instead plunges into a dangerous undocumented life in London.

Confirming the news on her social media handles @lupitanyongo, the ‘Us’ actress also said,”Americanah’ has been a passion project for me since I read Chimamanda’s beautiful novel in 2013.

“It’s a tale that is simultaneously timely and timeless. HBO Max is the perfect partner to bring this profound and celebrated story to life.

“I’m thrilled that Danai will bring to the project her intelligence, wit, and understanding of the stories and the worlds of ‘Americanah.'”

NAN reports that Nyong’o purchased the film rights to ‘Americanah’ in 2014 and immediately collaborated with fellow Black Panther’s castmate, Gurira to write the screenplay.

However, in 2018, the duo stated that the novel was being turned into a mini-series and not a feature film. They visited Nigeria to do research for the screen project.

This will mark the third time Nyong’o and Gurira work together. Prior to playing Nakia and Okoye in Marvel’s Black Panther, Gurira wrote Eclipsed — the play that landed Nyong’o her first Tony nomination.

Naeto C Is Perfect Husband, Stardom Not In His Head – Wife