First Bank Loans To Schools In 2019 Was N10 Billion 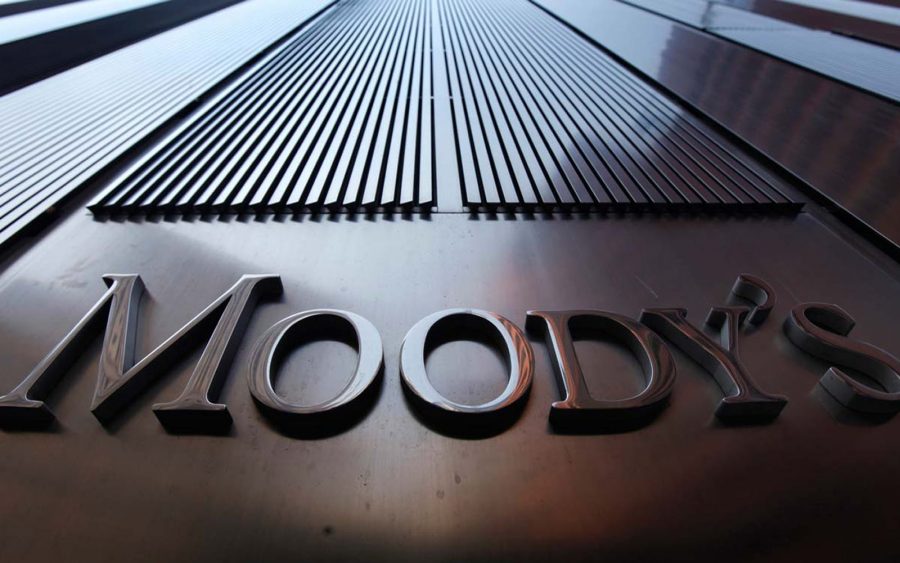 In a big blow to Nigeria’s economic outlook, Moody’s, the American rating agency has downgraded the government of Nigeria’s ratings to negative from stable.

It said that already weak government finances are expected to weaken further given an extremely narrow revenue base and persistently sluggish growth that hinders fiscal consolidation.

While appreciative of monetary and fiscal measures taken by both the Central Bank and the administration to firm up positions including the ban on forex funding for certain goods, the agency said that the actions would in the long term be damaging for the economy.

The agency was particularly concerned about Nigeria’s resort to external financing which it said were not apparently being channeled into productive use.

“As pressures mount, there is a risk that the government resorts to increasingly opaque and costly options to finance a moderate but rising debt burden,” Moody’s said in apparent reflection of increasingly vocal comments in the country to the sustainability of the government’s debts.

While government officials have repeatedly chorused that the country’s debt obligations were within acceptable fiscal parameters, the ability to pay off and even more importantly the utilization of the debts mostly coming from China have caused concern within Nigeria.

Many of the criticisms have been poohpoohed by government officials as chants by the opposition.

Moody’s in explaining its concerns about the Nigerian economy said:

“Moreover, vulnerability to an adverse change in capital flows is building in light of Nigeria’s increasing reliance on foreign investors to fund the country’s foreign exchange reserves.

“Moody’s decision to affirm the rating at B2 recognizes a combination of credit strengths including the country’s large and diversified economy supported by vast oil and gas endowments, notwithstanding persistent credit weaknesses such as its very weak institutions and governance framework and in particular poor public finance management.”

Explaining further its concerns about the economy, Moody’s said:

“The increasing fragility of Nigeria’s public finances is evident in the greater reliance by the government on financing from the Central Bank of Nigeria (CBN) over the last three years to cover persistently large fiscal deficits, with CBN cash advances reaching 2.5% of GDP on a net basis at the end of September 2019, in addition to government debt instruments held by the CBN worth 1.4% of GDP.

“In particular, CBN advances are more expensive than debt funded on the domestic capital market as the CBN applies a penalty rate on top of its monetary policy rate currently at 13.5%.

“Moody’s expects general government revenues to remain very low at around 8% of GDP until 2022, despite measures to such as the VAT rate increase to 7.5% from 5% in 2020. Consequently, debt affordability will remain weak, with general government interest payments at around 25% of revenues in the next few years.

“The administration’s focus on increasing infrastructure spending from very low levels will further exert pressure on fiscal deficits even if it is likely that much-needed capital expenditure will continue to be under-realised compared to the budgets, as capex is curtailed in order to contain the overall budget deficit.

“In general, Moody’s expects real growth to remain weak, at just over 2% over the next few years. The economy has yet to fully recover from the oil price shock of 2015 and the subsequent recession in 2016; real growth remains below population growth, denoting an erosion in incomes from already low levels.

“However, the continuation of the current policy mix — including the rationing of the supply of US dollars in the economy while suppressing part of the demand for foreign currency (via the list of items banned from accessing dollars from official channels, for example) – aimed at supporting domestic production and job creation over the long term, will constrain economic growth over the short to medium term.

“Overall, given Moody’s expectation that general government fiscal deficits are likely to remain around 4% of GDP (50% of revenues) and growth subdued over the coming years, rapid debt accumulation will continue.

“Moody’s expects debt to GDP to reach N49 trillion by the end of 2021, or 27% of GDP. While still at moderate levels, debt has accumulated quickly over the last four years, almost tripling to an estimated NGN33 trillion (23.2% of GDP) in 2019 from NGN12.6 trillion (or 13.2%) in 2015. This number includes the debt of the federal government, the states and the municipalities, the net cash advances from the CBN, as well as the stock of promissory notes issued to clear past arrears.”