Where Does Gbemi Stand In Gov Abdulrazaq’s War Against The Saraki Legacy? 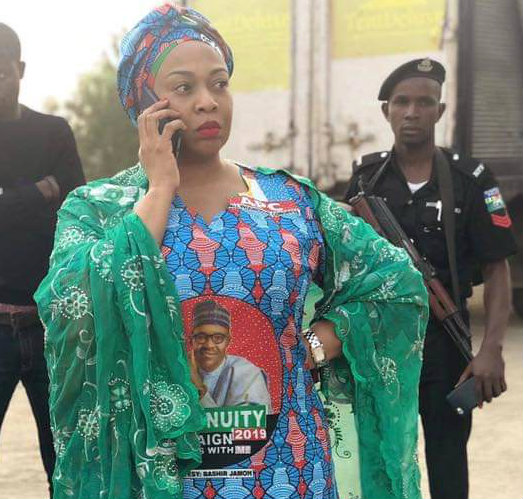 The war between Governor Abdulrhaman Abdulrazaq of Kwara State and Senator Bukola Saraki has put the minister of state for transportation, Senator Gbemi Saraki in the difficult position of choosing between family and friends.

Even more, the acrimony between the governor and the Saraki family also has the potential of opening the lid on the tiny veiled battle for supremacy within the All Progressives Congress, APC family in Kwara.

The war formally broke out late on Friday after the state government issued a communique revoking claims to a piece of land in Ilorin held by the late Senator Olusola Saraki through a company he owned, Asa Investments Limited.

Given that the children of the late Olusola Saraki are yet to formally share the assets of the late father, it inevitably brought to bear that an action taken against the late Oloye, as the late Saraki was popularly known, touches on the interests of Gbemi and her estranged brother, Bukola.

While it is no secret that Gbemi and Bukola despite their blood relationship are not on speaking terms, but their differences may not hide their common loyalty to their late father.

By moving against the interests and property of their late father, Governor Abdulrazaq has inadvertently brought the two senators and siblings together.

The two siblings became estranged about nine years ago after Bukola blocked Gbemi from succeeding him as governor on the platform of the Peoples Democratic Party, PDP after his eight year stint as governor of Kwara State.

Bukola’s action angered the father who sided with Gbemi in what turned into an abortive move of using the platform of another political party, Allied Congress Party of Nigeria, ACPN to gain the political ascendancy.

The bid by father and daughter failed as Bukola won the battle.

Since then the once close relationship between brother and sister evaporated, and Gbemi, a grass root mobiliser has not failed at any given opportunity to work against her brother.

The last time the two came together was in April 2018 when the emir of Ilorin, Alhaji Sulu Gambari attempted a reconciliation but that apparently did not succeed.

She openly came out ahead of the 2019 General Election to work with the All Progressives Congress, APC in the rout of her brother’s political legacy in Kwara State.

Her reward for the victory was an appointment as a minister.

However, the political trick for Gbemi does not even stop in her open opposition to her brother. Within the ruling APC it is no secret that the party in the state is divided between loyalists of party leader, Alhaji Lai Mohammed and those of the governor.

Since he emerged as governor, the Abdulrazaq camp has continued to muscle out loyalists of the minister from their entrenched positions within the party structure.

Only a few months ago, the state party was shaken to its foundations after associates of the governor under the aegis of the Kwara Youth Congress, KYCO openly demanded the resignation of the chairman of the party, Alhaji Bashir Bolarinwa because of his blind loyalty to Lai Mohammed.

They were particularly miffed by his continued description of Lai as the leader of the party in the state.

While Lai has tacitly avoided causing a brouhaha with the governor over the issue despite efforts to reduce him and his historic role in upending the Bukola Saraki hegemony, no one can say how long he can continue to endure.

In Kwara South where Lai has as his base, there have been continued efforts to enthrone the deputy governor of the state Mr. Kayode Alabi as the leader of the Senatorial District.

In the midst of these, Gbemi has shrewdly identified with Lai Mohammed against the governor.

If Governor Abdulrazaq had moved against Bukola’s personal property, Gbemi would undoubtedly have been less concerned. However, by moving against her father’s estate there is no doubt that the governor would have aroused her emotions and perhaps put her in a common position with the brother she loves to hate!