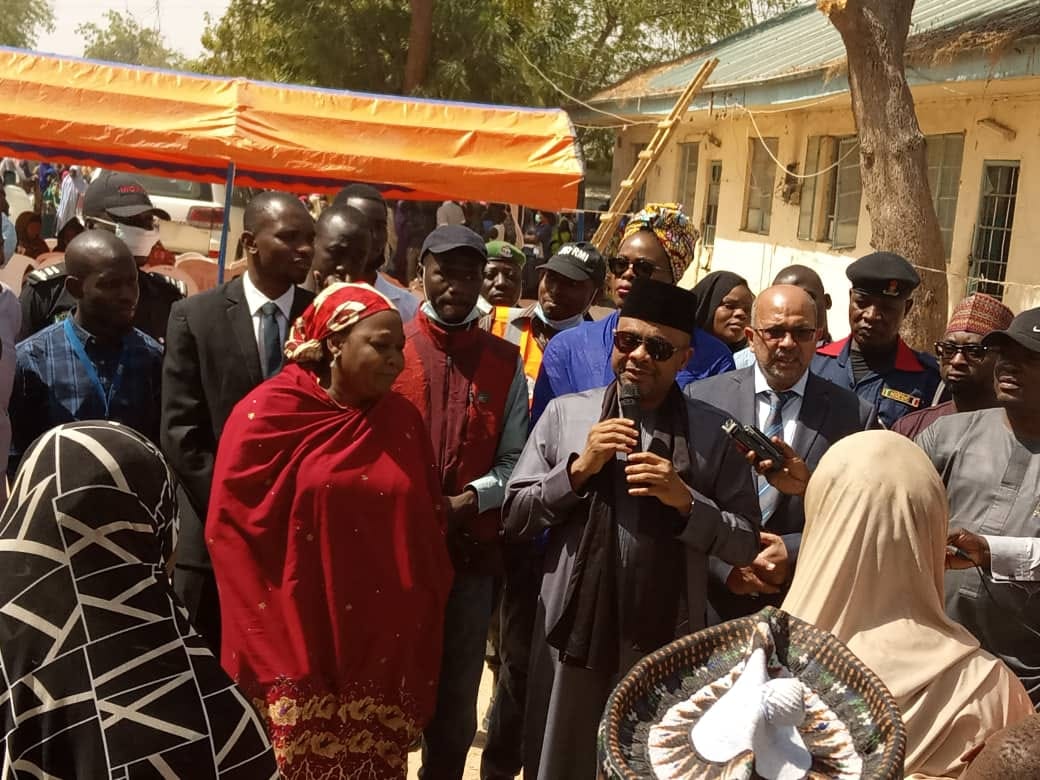 Governor Babagana Zulum of Borno State has asked that interventions from the National Commission for Refugees, Migrants and internally displaced persons should focus on creating permanent resettlement houses for displaced persons as against investing on government controlled IDP camps.

The governor made this appeal on Wednesday in Maiduguri while hosting Senator Basheer Lado Garba Mohammed, the federal commissioner in charge of the refugee commission who led a delegation that included a representative of Qatar Foundation.

Zulum said while the state will continue to provide and coordinate donor humanitarian interventions for the welfare of displaced persons, it is however time to move from the phase of proliferation of IDP camps to stabilizing displaced persons by resettling them in permanent houses and providing them with means of livelihoods in safe areas that could be near existing IDP camps.

Zulum said: “We are happy with all your interventions. However, we will request that you do not focus on IDP camps but rather on stabilization for the IDPs and by that, I mean contributing in the construction of re-settlement houses which can be allocated to households as their permanent places to live and we then provide them with means of livelihoods to sustain themselves.

“As a government, we are moving from the phase of enhancing IDP camps to resettlement. By resettlement, I do not mean having to go and build houses elsewhere, the houses could be near the IDP camps, we will provide the land.”

The Governor also said his administration has created an agency for the coordination of all humanitarian donors and development activities in the state for the purpose of streamlining so as to stop duplications and give policy direction in which case, the state government will take lead in determining its priorities and policy direction.

Senator Basheer, in his response. said Qatar foundation, a charity and development platform, which has representative ‎in his team, was interested in building a resettlement camp hence it required a land to be allocated by the state government  to which Zulum gave commitment.

The federal commissioner revealed that his commission had trained a number of displaced persons on vocational skills and established some businesses for them.