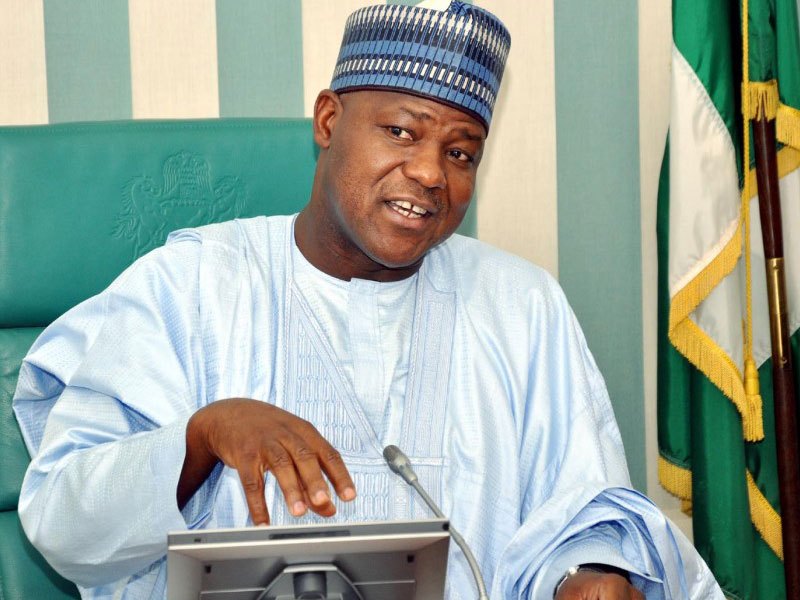 I have known of no honour greater than to be invited to chair this all important event which aims to stem the tide of unbridled violence been unleashed on Northern Nigeria. At this moment of our history, when graves litter the northern landscape promiscuously and the North has become a killing field, there is no better place to be than at an event such as this.

Permit me to first of all thank the organizers of this event for their foresight and for their courage in putting together an event like this at a time that even our best intentions could easily be misinterpreted. This noble effort calling on us to rise again after we have failed can only come from patriots: for as Confucius reminds us, “Our greatest glory is not in never falling, but in rising every time we fall”. We pray for Gods blessings upon this endeavor as the survival of our civilization depends on our capacity to conquer violence and malignant evil; the twin evils confronting the North today.

My assignment here today is not to delve into the depth of the problems, because others will do that, but just to highlight the issues and guide proceedings. Permit me to plead for your understanding in case I breach the rule because of the burden in my heart. I have seen the report of the different syndicate groups and I must confess that they are very thorough and exhaustive. Thanks to the geniuses of our brothers and sisters.

The North is now the epicenter and theatre of violence. From Boko Haram ISWAP led by Albarnawi, Boko Haram led by Shekau and Ansaru insurgency, to farmers/herders conflict, banditry, kidnappings, ethno-religious conflicts, cattle rustling, etc we are confronted with a crisis that is unparalleled in our history.

The death spiral appears unstoppable. Increasingly, it is becoming harder and harder to distinguish us from our enemies. There was no shortage of early warning signs and as a matter of fact our Philosophers such as the late Sa’adu Zungur of blessed memory had warned that this dystopian era was fast approaching but we ignored all. We are now paying for our collective negligence.

The North is now in the grip of what Soren Kierkegaard called “sickness unto death”—the numbing of the soul by despair that leads to moral and physical debasement. It has become a society that is driven at its very core by the death instinct. The instinct to annihilate and destroy rather than nurture and create.

Our economic debries have become too conspicuous to be ignored. As it is, we are now trapped in a prison of mirrors, where revealed lies are answered with new lies. With all these, it’s like our slow motion walk to self apocalypse is assured. We have seen this movie before in Rwanda, Somalia, Sudan, Afghanistan, Syria to name but just a few but not in Northern Nigeria.

Of the 19 northern states and the FCT, only Kwara state and the FCT are relatively peaceful or have the lowest rate of insecurity but all the other 18 states are inflamed by one form of violence or the other. Now the question that we all must answer is how did we get here and what must we do to defeat the radical evil of violence before it swallows us up?

I must say that one mistake we are all guilty of is to fold our arms and wait on governments at all levels to solve this problem for us. Government has its own fair share of the blame but what are we doing ourselves? On the flip side, I get angry anytime I hear our brothers and sisters say that they are worried about what is happening in the North but they are not prepared to take a stand and be the difference.

They have become like Malcolm in Macbeth who said, “Let us seek out some desolate shade and there weep our sad bosoms empty”. For those of us who only worry, thanks but no thanks, because worry is the most useless human endeavor. Worry produces nothing but pains.

Why are we here? Those mapping insecurity in Northern Nigeria have concluded that we are where we are because of illiteracy, unemployment and poverty(Illiteracy+Unemployment + Poverty = Insecurity).

Others including the conclusions of the syndicate groups here have posited that we are where we are because of breakdown in family values; we are here because of the worsening insecurity caused by the increasing use of the military.

This has weakened the police and negatively reoriented the military from their traditional military roles. They say that it is only in Nigeria that security officials are withdrawn from killing fields to monitor elections while vigilantes are deployed to fight terrorists and other armed gangs.

The example of the notorious kingpin, Wadume who suborned army officers including a captain who caused police officers to be killed to free the kidnapper is a case in point and is often cited with justification.

That we are here because of the porous nature of our borders. They asked, how many illegal aliens have been arrested or turned back by immigration? Do we have a national data bank of those either arrested or even interrogated on suspicion of committing offenses? The absence of data bank means that police prosecutors cannot tell the courts whether accused persons are serial offenders or first time offenders. This has serious security implications; that we are here because of lack of reforms of our prison system.

The National Assembly under our watch amended the law to rename them correctional services but as at today do they correct any inmates? The evidence is rather the opposite, that criminals get hardened in our prisons. Also some criminals are known to plan crimes from behind prison walls.

That we are here because there is an abysmal lack of intelligence gathering by our security agencies, traditional institutions and Government at all levels; we are here because of lack of prosecution of persons responsible for violent crimes including kidnapping, attacks on communities, etc which incentivizes the commission of violent crimes; we are here because Majority of Nigerians are agreed that we are having the worst security challenges since the civil war yet no viable security policies or plans have been put in place to address the mounting insecurity in the country; we are here because there is an epic battle involving a disempowered populace infantilized by a world they cannot control who have vowed to crush the forces embodied in demonized groups such as the discredited established elite and other individuals which are blamed for their misery.

Be that as it may, my own considered opinion is that those are symptoms of the real problem. The real problem is that we have failed to provide leadership and organize a society that works for all. A peaceful and orderly Northern Nigeria then was more engaged in the pursuit of justice rather  than the pursuit for order. The problem started when we substituted the pursuit of justice for all for the pursuit of absolute order- basically whipping people into line no matter the grievance or level of discontent. In doing so, we failed to heed the timeless warning that a society that is more devoted to order than to justice will never be an orderly or peaceful society. It was St. Augustine who said, “in the absence of justice, what is sovereignty but organized robbery”.

In tackling these problems, we must realise that guns do not kill and killing the violent does not necessarily bring peace except the peace of the grave. We kill with our minds and peace settles first in the mind before it is expressed. So the battle to build a peaceful North must be a battle for the minds of our people. Violence is taking roots because our leadership model has been exposed as a lie, an empty ideology used to satiate greed instead of addressing social inequality and injustice.

I am glad the Sultan and some Clergy are here. They will have to take the lead. Will it be too much to ask that all royal fathers in Northern Nigeria leverage on their powerful positions to build centers of excellence dedicated to skills acquisition, technology transfer and innovation in their domains? Is it too much to demand that all Mosques and Churches in Northern Nigeria promote charities that cater for our needy and the destitute? The message should be loud and clear, we have served ourselves enough, now is the time to serve others.

We must urgently begin to depopulate the pool from which youngsters are recruited into violence. I am more than persuaded that if we cannot serve the poor, the destitute and those who are hurting in our midst but claim to be serving God whom we have never seen, we are nothing but pathetic liars. We can transform our society if we are ready and willing to make the right sacrifice in serving others instead of serving ourselves. We must hold Government to account but we must never abandon our collective destiny to Government alone.

Today I am more hopeful that we will rise above violence in the North. All of you here who are prepared to take responsibility for our collective fate give me hope. Let us therefore sincerely put on our thinking caps and take the bold steps which may be outside our comfort zones in order to end our security challenges in the North.

In closing, permit me thank all those who have volunteered to serve on the Northern Security Monitoring Committee which will be inaugurated today. I charge you to take no prisoners in executing your mandate because of the urgency that now stares us all in the face.

We are running out of time. It is crystal clear that the North cannot withstand the kind of contradictions that exist now. The North is on fire ignited by us either by our actions or by what we permit or allow. Those who truly love the North must now come out and accept responsibility and begin the salvage mission bearing in mind Professor Andrew Haruna’s warning , “ that the North was handed over to us in one piece, we must therefore not pass it to our children in pieces”.

Thank you for your kind attention.

Dogara, is a member of the House of Representatives and is the  immediate past Speaker of the House. He delivered the speech at the Northern Security Meeting at Sir Ahmadu Bello Memorial Foundation, Kaduna on February 6, 2020.