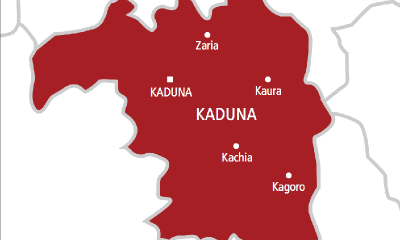 No fewer than 21 persons including 13 members of one family were killed in a Kaduna village by gunmen who operated unrestrained for two hours on Wednesday.

The 13 family members were burnt to death by suspected gunmen in Bakali village in Fatika district of Giwa Local Government Area of Kaduna State.

A resident, Sani Bakali, who lost 13 family members in the attack disclosed that the men operated for over two hours.

Bakali said, “Eleven of my relatives were killed in a house. They comprise three women and eight children of my younger brothers.  All of them were locked in the house and burnt to death.

“The bandits killed two of my uncles in another building, while four corpses burnt beyond recognition were discovered along the bush path. Twenty one persons were killed in all by the bandits while nine persons are missing.

“We just ended funeral prayers for the 21 victims of the attack. The bandits came in a large number invaded the village on motorcycles around 4pm yesterday (Tuesday) wielding AK-47 rifles and shooting everybody.

“We initially buried 20 corpses before we discovered one more corpse inside the bush we buried him too.

“People have fled the village and apart from the people killed, there are nine people we have yet to see since after the incident. We don’t know whether they have been killed or not.”

Jalige said, “There was an attack in Giwa, Bakali village to be precise, and we have sent a team of police officers and men there to ascertain the situation of things.”