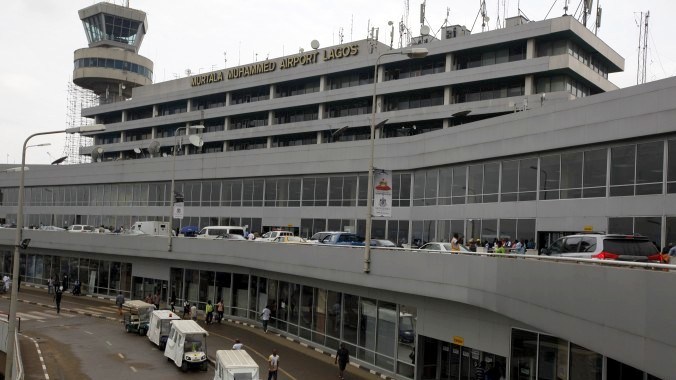 The Nigeria Immigration Service(NIS) has intercepted two Indian nationals who illegally entered the country without proper documentation in spite of the COVID-19 pandemic.

The Lagos Airport Command, NIS, Comptroller Mr Abdullahi Usman made this known in a statement by the Public Relations Officer, Mr James Sunday in Lagos on Sunday.

Usman noted that the Indians were both males and were intercepted during the screening of Indian nationals that were being evacuated from Nigeria through MMIA on Saturday.

“While profiling the men, it was discovered that they entered Nigeria through the land border and had visa on arrival application approval which they failed to present to the immigration officials at the border.

“The men had been in Cotonu, Benin Republic for a month and had the stamp of that country dated Feb. 9, 2020 when they left and entered Nigeria illegally.

“They did not present themselves for immigration checks at the border, and the two are 32 and 29 years old will be prosecuted according to the Nigeria Immigration laws as a deterrence to others,” he said.

Usman said 446 India nationals were evacuated from the country on Saturday, as part of the ongoing evacuation of foreign nationals due to COVID-19 pandemic.

He said the NIS Comptroller General, Mr Muhammad Babandede, had warned migrants to desist from breaking the Immigration laws of countries of transit or destination.

Usman said this was to avoid sanctions that may result into stopping them from coming to Nigeria or payment of fees chargeable.

He said that the fees depended on the gravity of the offence committed and what the law stipulated for such offence.

Traffic Advisory Into, Out Of Lagos After Tankers’ Fire