Move To Take Rivers PDP From Wike Fails In Abuja 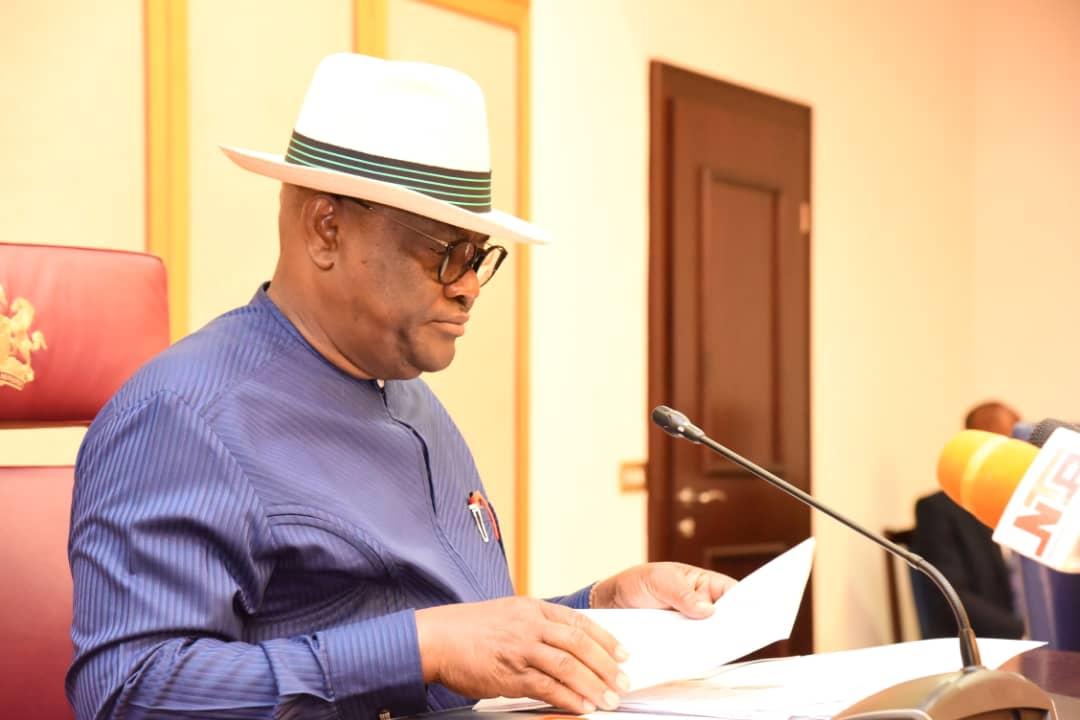 Meanwhile, controversy over the powers behind the action was still a mystery in Abuja and in Port-Harcourt as at Monday.

Top shots of the party were confused over the development, but GWG gathered that scheming for the governorship succession may not be too far from the judicial action that was initiated in an Abuja High Court.

The move collapsed after the FCT High Court, Jabi threw out a case filed by some aggrieved members of the PDP seeking leadership positions as Ward officers within the party.

The claimants, Osaro Nwakaji and 14 others dragged PDP before the court alleging that having made requisite payments for nomination forms, they were entitled to be issued forms for elective positions, but were however, excluded from participating in the Ward Congress that took place in February.

GWG recalls that Wike had under similar circumstances pulled the rug under the feet of Rotimi Amaechi in 2013 when he took over the structure of the PDP from the then governor.

Delivering a ruling on Monday, Justice Charles Agbaza,held that the court lacked jurisdiction to entertain the matter.

Agbaza said that the defence counsel, C.P Aninwoya in his submissions had argued that the claimants had filed, refiled and withdrew same suit before another court in the FCT, which was an abuse of court process.

The judge said he aligned with the counsel’s argument and found that filing same suit before another court was an abuse of court process and resolved the matter in favour of the defendant.

Agbaza further held that another argument raised by defence in its Preliminary Objection was that the court lacked jurisdiction to hear and determine the suit.

He said because the cause of action arose in Rivers, where the claimants were excluded from the congress that took place, he said a suit ought to have been instituted there.

According to Agbaza, courts had been recently directed by the CJ to transfer cases back to jurisdictions where cause of action arose.

He further reiterated that the court found that the suit was a case of forum shopping which the Apex court had condemned in strong term and that its lacked jurisdiction to entertain the matter as doing otherwise would amount to ”judicial rascality”.

The judge also added that the matter was an internal affair of a political party which ought to be settled as such by the parties exploring the use of internal mechanism to resolve same.

He equally declined to delve further to address the Originating Summon and the second Preliminary Objection as raised by the defence, which still bordered on lack of jurisdiction, having determined that the suit was incompetent.

According to him, ” doing so will amount to academic exercise which the court. does not have the luxury to entertain ”

” This suit is hereby struck out and parties are to bear their cost” Agbaza concluded.

The defence on its part said they were excluded from participating because they were not registered members of the party.

The claimants therefore approached the court to seek for a declaration that they were entitled to participate in the Ward Congresses which held in Feb. and also be part of the Local Government and State Congresses.

They further sought for a declaration that their exclusion from participating in the Congress was unconstitutional, null, void and of no effect whatsoever.

In addition, the claimants prayed for an order of court for a perpetual order of injunction restraining the defendant from conducting any wards, Local Government Areas or State Congresses or further Congresses in its Rivers chapter.

In the relief sought also, the claimants prayed for a perpetual order of injunction restraining the defendant from recognising or accepting any results of any purported Ward Congress held in 2020.

NAN reports that the Chief Judge of the FCT High Court, Justice Ishaq Bello, on June 19 barred judges of the court from issuing ex-parte orders to stop any election.

Justice Bello warned that disciplinary action would be initiated against any judge that violates the New Practice Direction that would operate in all high courts within the jurisdiction of the FCT.