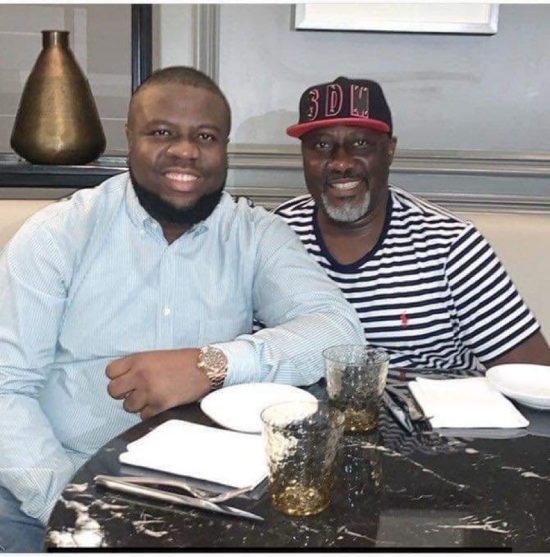 The All Progressives Congress, APC on Saturday called on the authorities to probe the relationship between fraud suspect and Instagram celebrity, Ramon Abbas aka Huspuppi and prominent leaders of the Peoples Democratic Party, PDP.

The APC specifically called out the 2019 presidential candidate, Alh. Atiku Abubakar; former Senate President, Bukola Saraki; former Speaker, House of Representatives, Senator Dino Melaye among others who according to the APC were photographed with the fraud kingpin in Dubai.

The APC in the statement issued by its Deputy National Publicity Secretary, Yekini Nabena said:

“We note that the Economic and Financial Crimes Commission (EFCC) has already declared the arraigned Instagram celebrity wanted over fraud allegations.

“However, the EFCC, Nigerian Financial Intelligence Unit (NFIU) and other sister agencies must investigate money laundering reports linking some PDP leaders and financiers to the Dubai-based international criminal ring.

“While relevant authorities investigate the nature of their relationship and business partnership, we also challenge the PDP leadership to do same by opening up on the nature of the relationship, particularly the kind of services the arrested “Hushpuppi” provided them.

“In the lead to the Edo and Ondo governorship elections, we renew our call against monetised elections and vote buying schemes which the PDP has serially deployed in elections.

“We call on relevant authorities to up their guard to prevent these practices that threaten the sanctity of our elections. The people’s will and votes should determine elections, not illicit money used to buy votes.”

Why Obaseki Couldn’t Have Paid For PDP Ticket -Orbih