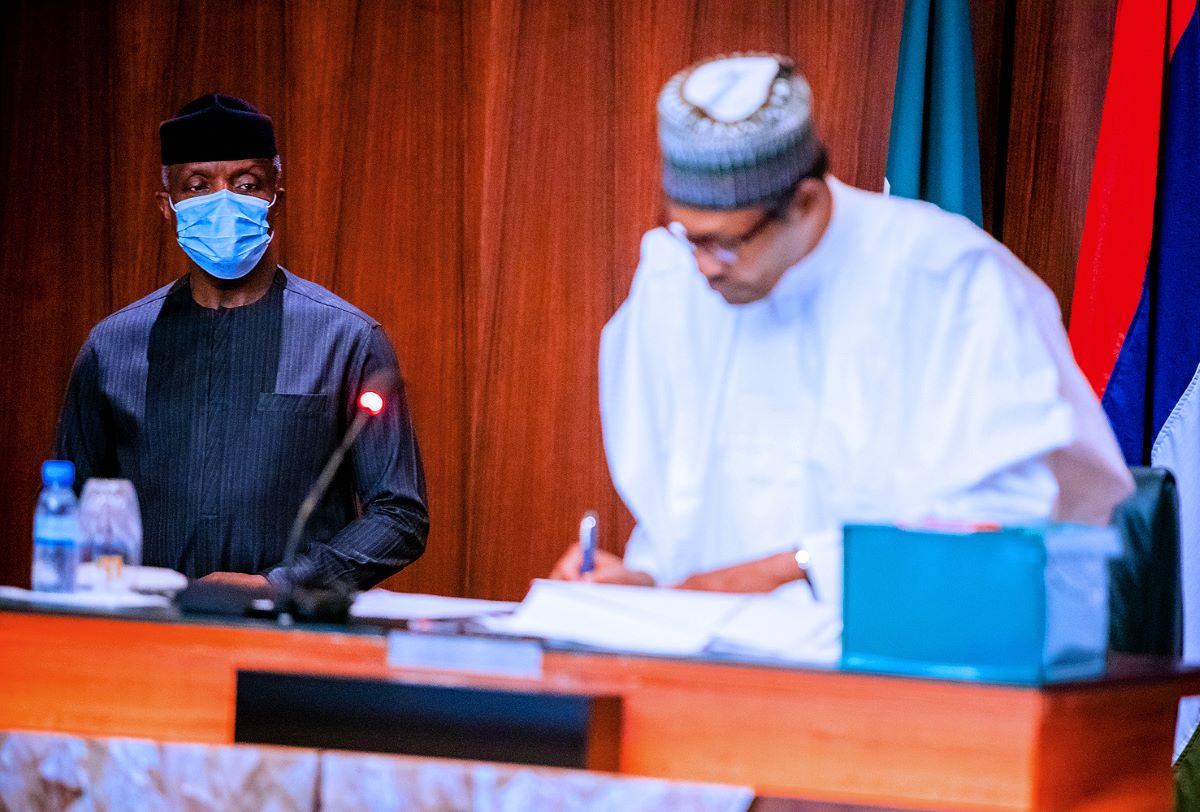 President Muhammadu Buhari has signed into law the revised N10.8 trillion 2020 budget, and directed the release of at least 50 per cent of the approved 2020 revised capital expenditure to Ministries, Departments and Agencies (MDAs).

The News Agency of Nigeria (NAN) recalled that the Federal Executive Council (FEC) had on May 13, approved a revised budget of 10.523 trillion.

However, the two chambers of the National Assembly – the Senate and House of Representatives — increased the budget from the initial N10.5 trillion submitted by the President to N10.8 trillion.

After signing the budget on Friday at the Council Chamber of the State House, Buhari said that the budget had to be revised because of the effect of coronavirus on the nation’s economy.

According to him, MDAs will be given 50 per cent of their capital allocation by the end of the month.

NAN reports that the event was witnessed by Vice-President Yemi Osinbajo, Senate President Ahmed Lawan, Speaker Femi Gbajabiamila, Secretary to the Government of the Federation Boss Mustapha; Chief of Staff to the President, Prof. Ibrahim Gambari.