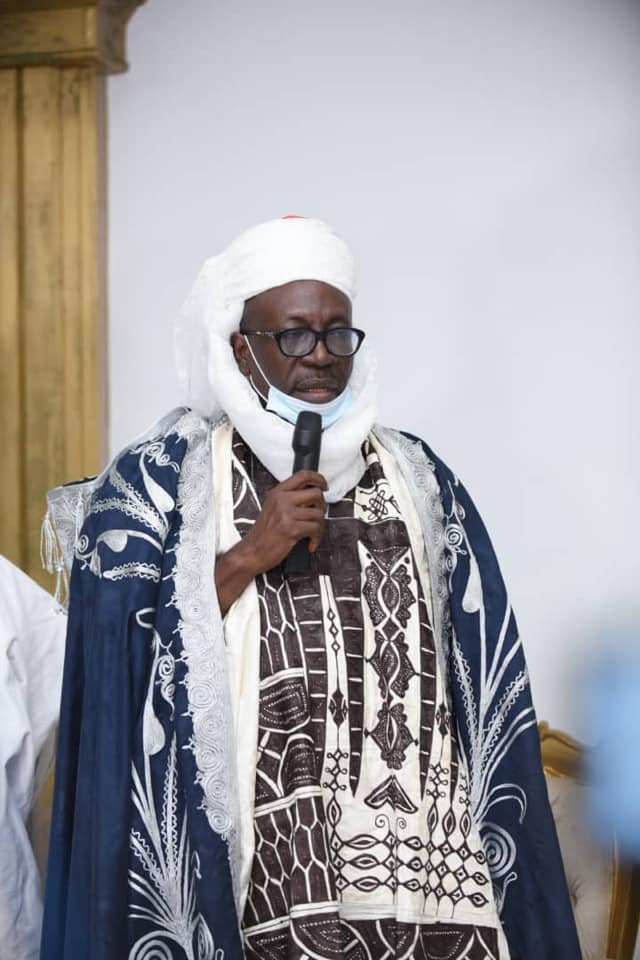 The Otaru of Auchi and Vice-Chairman of the Edo State Council of Traditional Rulers, His Royal Highness, Alhaji Aliru Momoh Ikelebe III, has conferred a title on the candidate of the All Progressives Congress in the Edo Governorship election, Pastor Osagie Ize-Iyamu, as ‘Itsemakhoma’ of Auchi, meaning “this is our own.”

The traditional ruler conferred the title on Ize-Iyamu when the APC candidate paid a visit to his palace on Wednesday.

He said the conferment and honor was hinged on Ize-Iyamu’s love for the people, track record of performance in his previously held government positions, and deep respect for the traditional institution in the State.

The Otaru said the Auchi sacred kingdom was proud of him and his achievements.

In response, a visibly elated Ize-Iyamu expressed gratitude to the Otaru for the honor and lauded the traditional ruler as a forward-thinking ruler who has contributed immensely to the empowerment of his people and development of the Kingdom through numerous interventions and acts of leadership.

He lamented the failure of Governor Godwin Obaseki to address the erosion problem wreaking havoc in Auchi and his inability to harness and put to good use the solid minerals deposit in the area.

He promised to partner with and complement the efforts of traditional institutions in the state toward fighting insecurity.

“My promise to you is that if elected as Governor, I will fight insecurity, halt and reverse the dwindling fortunes of the youths and women by setting them in the right direction,” he said.

Also present at the palace for the visit was the APC Deputy Governorship candidate, Mallam Gani Audu, and former Governor of the State, Comrade Adams Oshiomhole.