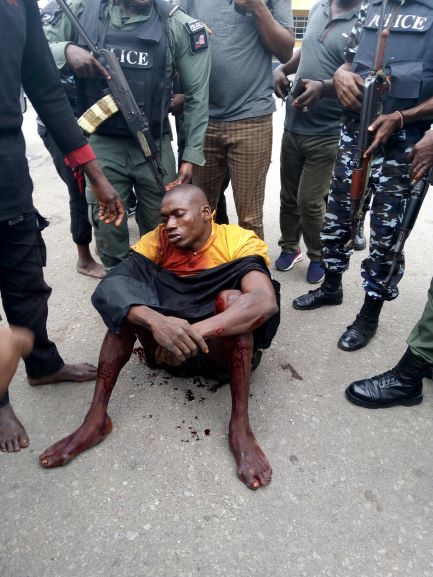 There was jubilation in Rivers State on Saturday after the Rivers State Police Command arrested the state’s most wanted kidnapper, armed robber and murderer, Honest Digbara.

Bobisky as he is popularly known was arrested in what some alleged as a sting operation perfected by the police in collaboration with a local vigilante group in Tai Local Government Area known as TaiOSPAC.

He had a N30 million booty on his head for information that could lead to his arrest.

The operation was reportedly led by the Divisional Police Officer, DPO for Bori Police Divisional Headquarters in Khana Local Government Area of the state, Bako Angbashim, a Superintendent of Police (SP).

GWG recalls that Bobisky had been alleged to be at the head of criminal gangs operating in the Ogoni area of the state and responsible for the series of kidnappings, armed robbery and cultist activities in the area.

Sunday Sun gathered that the suspect have been terrorising the Ogoni axis and its environs. He gang responsible for violent crimes like kidnapping, armed robbery, cultism and murder in Ogoniland.

It was gathered that early on Saturday at about 2.00 a.m. and following concrete information that the team led by the DPO raided a funeral ceremony where Bobisky had allegedly been recruited to provide security.

Bobisky and his gang were said to have immediately responded with gunshots on sighting the police but they were overpowered. His brother was said to have lost his life in the battle but Bobisky was apprehended alive.

We Are Probing ‘Policeman’ With Shisha – PPRO