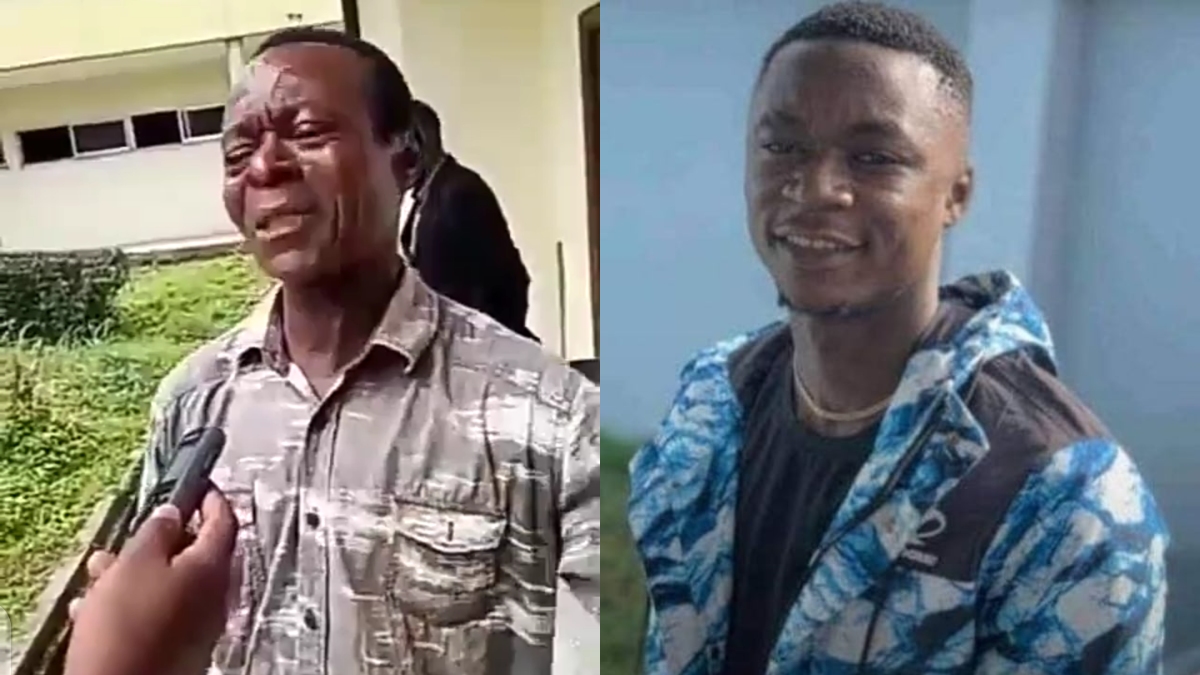 The father of slain 20-year-old singer, Daniel Chibuike Ikeaguchi popular known as Sleek has been left to tears, following the death of his son.

The killing has raised an outpouring of grief with leading actresses, Kate Henshaw and Ireti Doyle leading the lamentations.

The 20-year-old singer was allegedly being chased by operatives of the Special Anti-Robbery Squad (SARS) before he was shot.

The four police officers involved in the incident have been arrested.

Sleek’s father, in an emotion-laden video that had appeared on the social media, broke into tears, while calling for justice to the death of his son.

In the video, the deceased father said he had stayed in the Northern part of the country for many years, without losing anything, only to return to Port Harcourt to the death of his son.

A journalist @Kofi_Bartels shared a video clip in which the deceased father was seen in pains, while crying profusely.

The video clip also sparked outrage among Nigerians, who are trending the hashtag #JusticeForSleek to demand for justice.

After BBNaija, You Can Now Face Life Issues – Mr. P