Why Femi Adesina's Theory On Looting Is Upsetting Many Nigerians 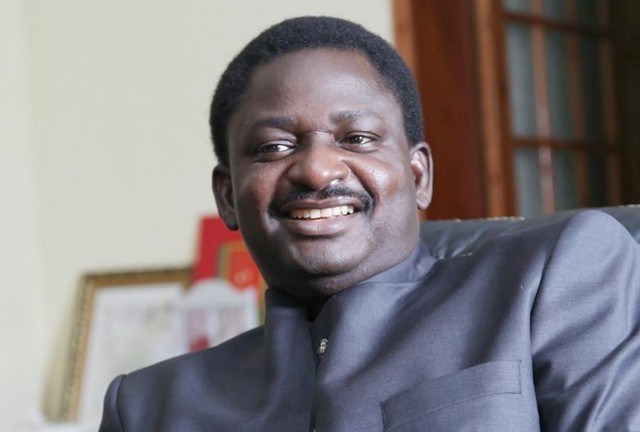 Femi Adesina, special adviser to the president on media and publicity has again come under attack in the social media over his comments that the looting of private and public business in some parts of the country was not due to hunger or poverty but the anarchy created by the #EndSARS protests.

Adesina, while speaking on Sunrise Daily, a Channels Television programme, on Thursday, said attributing the looting to hunger or poverty was like justifying armed robbery.

The Presidential aide said those who looted carried out the action because of the collapse of law and order due to the protests.

“you cannot justify armed robbery because a man was poor and took a gun to rob another person, you can’t also justify the lootings going on because it is pure criminality. My view is that it is not everybody that is hungry that engaged in that looting. This is the truth, it is greed and pure criminality.

“Criminality will always be criminality and anarchy promotes criminality. What has happened in the past two or three weeks led to what is happening now. If there was cohesion and tranquility in society, this would not have happened. Therefore, it is corollary to the near anarchic situation that came on the country because of the protest.

“If you did not have people burning police stations, killing policemen, burning private and public property, you won’t have this kind of looting. That means those same people will be in society and will find ways to eke out a living but because the situation was created for near-anarchy that is why you have this.”

His comments have angered many Nigerians who believed that the looting started when sponsored thugs infiltrated the peaceful protests and the Lekki tollgate shooting.

Many Twitter users argued that Adesina will portray issues to favour his principal instead of presenting the facts for Nigerians to see.

CBN: How N75b Youths’ Investment Fund Will Be Released