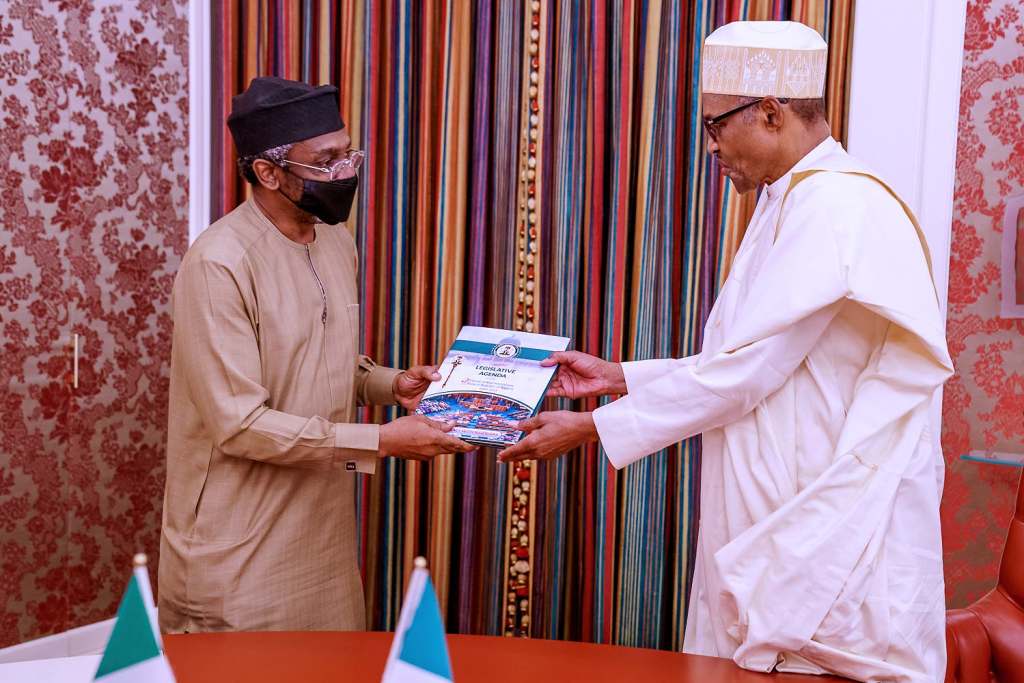 The House of Representatives has denied apologising to President Muhammadu Buhari over the invitation to him to address the chamber over the insecurity in the land.

Spokesman of the House, Rep. Benjamin Kalu (APC-Abia) said on Monday that the House was unperturbed about the failure of President Muhammadu Buhari to appear before it over security matters.

He said in a statement issued in Abuja that it was, therefore, untrue that the House apologised to the president for inviting him, in the first instance.

Kalu advised the media to uphold the ethics of journalism practice and not misconstrue events or developments.

“The president or the Presidency as the case may be, never sought for an apology from the House of Representatives for carrying out her Constitutional responsibility to the Nigerian electorate.

“Where then did the media get the report that the House, as an institution, apologised to anyone?

“For the avoidance of doubt, the House never apologised to anyone for exercising its Constitutional mandate and the 9th Assembly of the House of Representatives will not do anything to desecrate or destroy the critical institution of democracy – the Legislature.

“We strongly believe that President Muhammadu Buhari subscribes to these democratic ethos and ideals as well,” he said.

The insinuations about the Reps apologising to Buhari follows claims that the president may have been offended by the invitation.

The spokesman said that the motion to invite the president over security matters was sponsored by representatives from Borno on behalf of the people.

The House had earlier invited the president to appear and brief lawmakers on the state of security following the murder of some 43 rice farmers in Borno in November.

Speaker of the House, Rep. Femi Gbajabiamila, after a meeting with the president, told newsmen that Buhari accepted the invitation and agreed to appear.

Other developments, however, made it impossible for the president to attend the meeting with the lawmakers. (NAN)