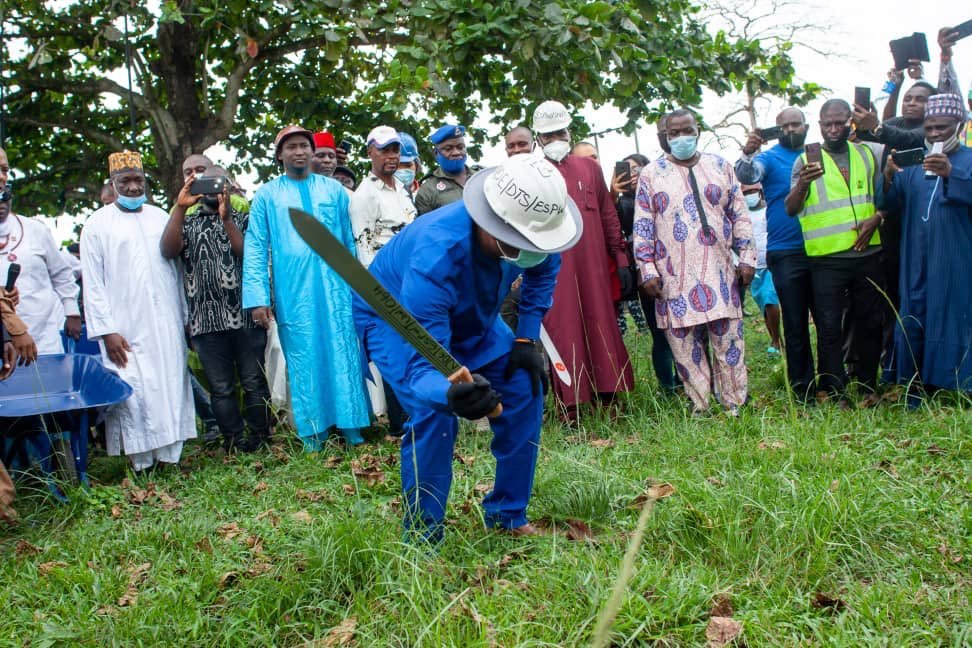 Besides the joke that Festus Keyamo cuts grass with sword in his world, Nigerians were on Monday dissecting the essence of the controversial 774,000 controversial job scheme conceived by the Minister of State, Labour and Employment.

The former activist had conceived the scheme as a way of dipping the country’s high unemployment figures, but the job scheme was on Monday drawing flak over the essence of the N20,000 a month scheme.

The scheme which is to run for three months took a new twist for twitter users after pictures of Keyamo pushing a wheel barrow turned viral. Many also made joke of the honourable minister cutting grass with what looked like a sword.

Many on Twitter piqued where it was seen that a sword was being used to cut grass. There were also comparions made of advancing societies where mowers were being used to trim grass.

Before then, the controversy had been centered on the strong turf battle between the minister and the National Assembly over the control of the scheme.

Besides the joke that Keyamo cuts grass with sword, many twitter users saw the scheme as celebrating poverty and some wondered what would happen to those who earn the equivalent of less than $50 per month at the end of the three month scheme.

Keyamo had stoutly fought off the legislators attempt to take the programme as he warned that it was not a scheme for politicking.

He had said: “There have been attempts at blackmailing me in this particular programme too to make us also yield to political leaders and we have said no – not while I am here.

“Except Mr. President, who appointed me stops me, and who gave me the opportunity and rare privilege to drive this programme, except he stops me, no other political leader or person can stop me. I am answerable only to Mr. President.

“Ordinary Nigerians must have access to this programme. Those who are thinking I must come and see them behind the scene to determine who gets what and how they get it, I am saying no; I will not do that.

According to some social media commentators, the minister disappointed lots of Nigerians as many described the programme as “manual labour” saying the minister could have done better. While some lauded Keyamo on his scheme, there were, however, reservations about the long-term benefit of the scheme which pays less than the Minimum National Wage and which is to last for only three months.

GWG brings you some of their views on the claim that Keyamo cuts grass with sword.