Julius Agwu's Wife, Ibiere Asks Why Chioma Is Being Ridiculed For Another Person’s Sin 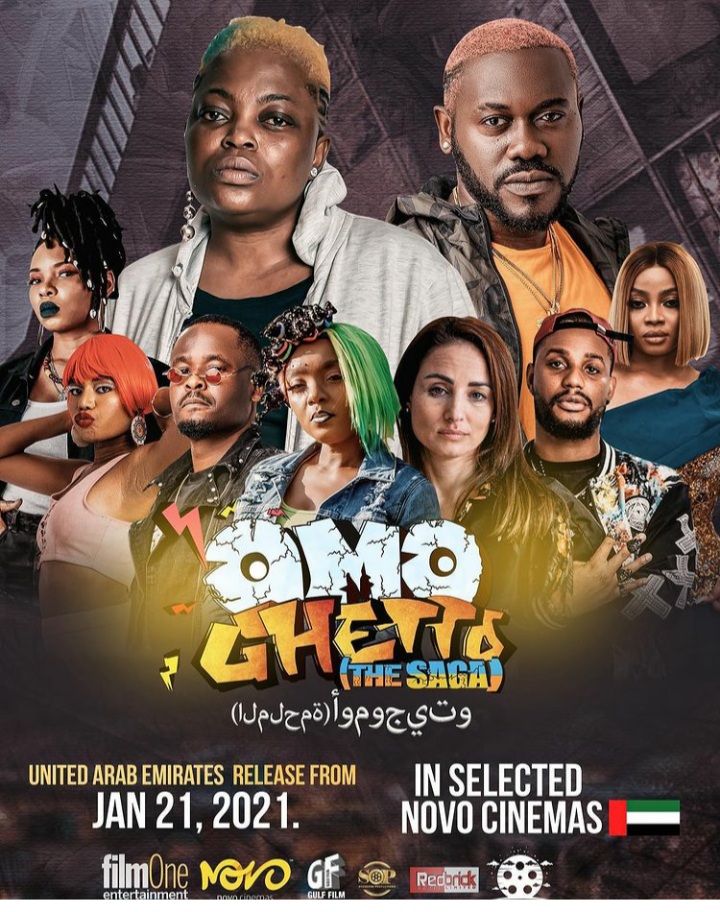 Funke Akindele’s Omo Ghetto (The Saga) comedy movie has became the first to cross N500 million in box office it has emerged.

The News Agency of Nigeria (NAN) reports that the blockbuster is officially the first Nollywood film to cross N500 million in Nigerian box office.

The Cinema Exhibitors Association of Nigeria (CEAN) recently announced that the movie had become the highest grossing Nollywood movie.

The latest record comes barely a week after it surpassed Kemi Adetiba’s ‘The Wedding Party’,smashing its four-year record.

Funke Akindele’s Omo Ghetto, the Saga is a sequel to 2010 trilogy ‘Omo Ghetto’, follows the story of Shalewa aka Lefty (Funke Akindele) was released on Christmas day 2020.

Lefty ( FunkeAkindele) struggled between living a life of wealth and comfort provided by her adopted mother or returning to her ghetto lifestyle.

Akindele, who produced and co-directed the film, played the dual role of Ayomide and Lefty.