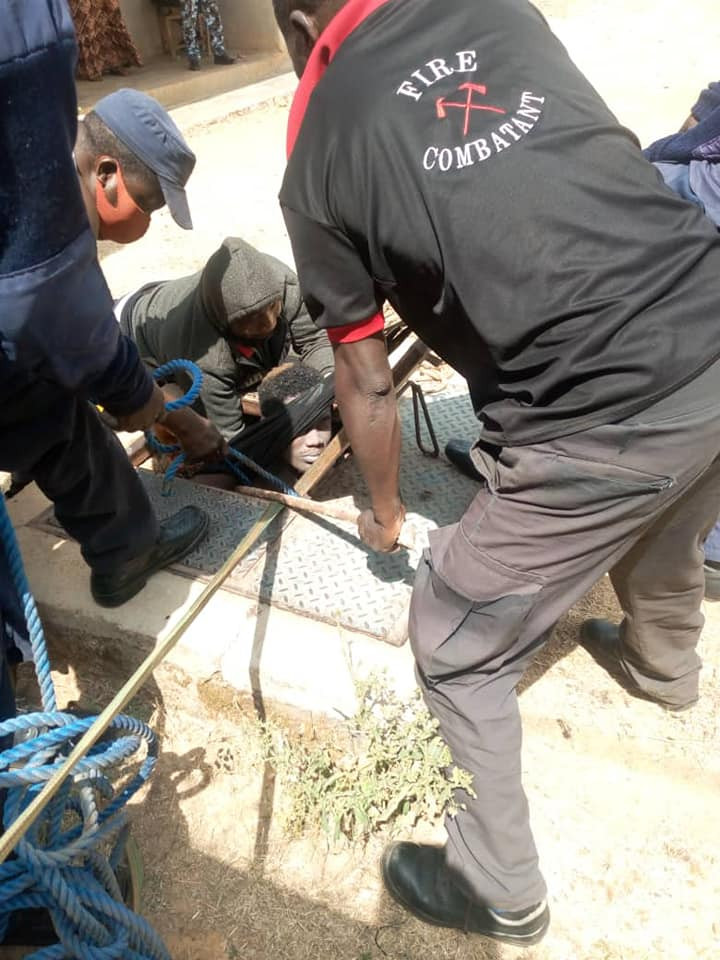 A day after a man jumped to death from a seventh floor apartment in 1004 Estate in Lagos at the approach of Economic and Financial Crimes, EFCC operatives, a similar scenario occurred in Jos, Plateau State on Friday.

In this case, the yet to be unidentified man jumped from the first floor of the building he was lodged in with six other men. He subsequently hid inside a well to evade the EFCC operatives who arrested his six flat mates who nabbed on the allegation of cybercrime.

GWG gathered that while his six flat mates were successfully taken away, the young man who hid inside the well in the compound where he died.

His corpse was brought out on Friday morning after men of the Federal Fire Service were called in over the situation.

A source said the man’s legs were initially shattered by the fall from the first floor.

Police Open Up On Reports Of N20m Ekiti Robbery