Bobrisky Is A Nuisance, Must Exit Nigeria - Runsewe 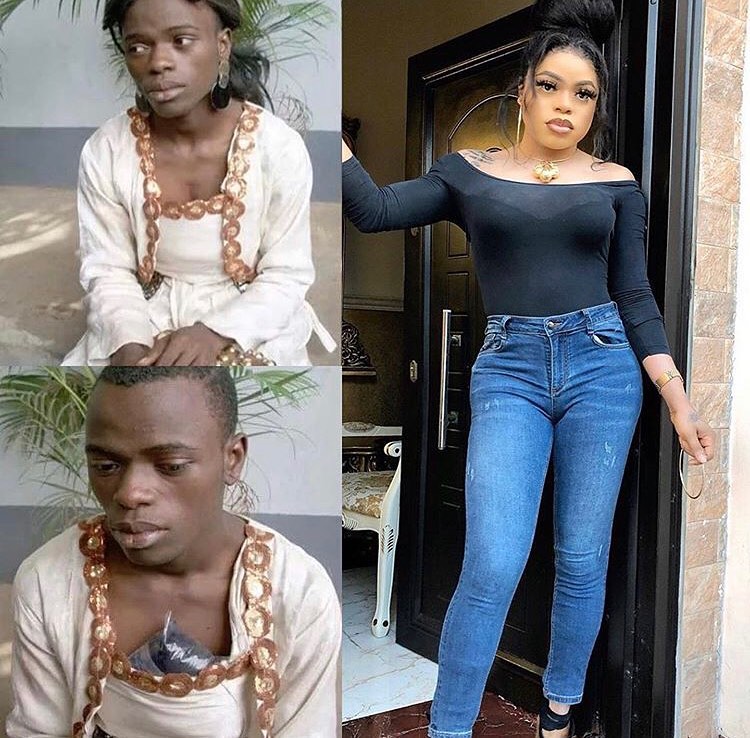 Otunba Olusegun Runsewe has said that the dresser, Bobrisky is a nuisance and disgrace to African culture and charged parents to shield their children from his influence.

Runsewe, the Director-General of the National Council for Arts and Culture NCAC, speaking in an interview, revealed how he stopped Bobrisky from using his recent birthday party to launch the African chapter of an international homosexual lobby group.

He thus warned that if not checked that the influence of Bobrisky and his allies could in future of Nigerian women not finding husbands or boyfriends.

Runsewe spoke in an interview with the News Agency of Nigeria, NAN.

Flaying the conduct of Bobrisky, real names Okuneye Idris Olarenwaju, he said that his conduct is a threat to African society.

According to Runsewe, the 29-year-old social media personality is nothing but a disgrace and disgust to Nigeria, and should not be allowed to continue with his fake life.

“Do you know that the so-called Bobrisky was going to set up the African Chapter of Gay and LGBT or whatever they call it in Nigeria during his recently aborted birthday party? People from over 70 countries arrived in Lagos for the event.

“They were all at Ikoyi, preparing to launch it. We got a hint of it and had to put a stop to the event. I seized all the food and gave them to IDPs. If they had launched that thing, Nigeria would have been destroyed by now.

“That was how the insurgency started and because it was not nipped in the bud, today we are facing the consequences of our inaction then.

“People said the man called Bobrisky is powerful and that anytime he comes to Abuja, he lodges in a presidential suite on the tenth floor of Transcorp Hilton Hotel.

“But I will not stand and see such a character perpetrate a culture that does not conform to our African values and norms.

Runsewe reiterating that Bobrisky is a nuisance, he urged parents not to allow their children to be influenced by characters like Bobrisky, who claims to be female.

“Bobrisky started by saying he sells body creams and later he went further that he got boobs. He went into many areas. He insults Nigerian women, claiming he is prettier than them. This is not African.

“On his father’s birthday, he dressed like a man. So you can see the deception by a fake personality living a fake life and deceiving Niger

Runsewe said that many organisations had lauded NCAC, including a female group from Kenya for its stand against values that negate African culture and norms.

“That man is destroying Nigerian children. If we are not careful, in the next few years women will no longer have boyfriends or husbands again,” he said in reiterating his claim that Bobrisky is a nuisance.

“This is because man to man is becoming the order of the day. In Abuja today, men stand on the streets waiting to be patronised by other men.”

Runsewe said that NCAC and the Federal Ministry of Women Affairs would soon meet to continue deliberations to seek the way forward in sensitizing the public on the menace.